Dr. Martin Luther King Jr. had premonitions about his assassination. The most respected leader of the American civil rights movement of the 1960s had expressed his premonitions in private conversations and in public speeches, including on the stormy night before his assassination in 1968.

In his final speech, “I’ve Been to the Mountaintop,” King spoke to a crowd of 2,000 at the Mason Temple in Memphis, Tenn., he declared, “Like anybody, I would like to live a long life — longevity has its place.

“But I’m not concerned about that now. I just want to do God’s will. And he’s allowed me to go up to the mountain. And I’ve looked over and I’ve seen the Promised Land.

“I may not get there with you. But I want you to know tonight, that we, as a people, will get to the Promised Land.

“And so I’m happy tonight; I’m not worried about anything; I’m not fearing any man. Mine eyes have seen the glory of the coming of the Lord.”

Reasons for his premonition

Dr. King had many reasons to anticipate his assassination. Several Black civil rights leaders had already been assassinated by 1968. In 1963, Medgar Evers had been shot in the back outside his home in Jackson, Miss. In 1965, Malcolm X, once the most radical leader of the civil rights movement, had been gunned down by his opponents when he was accused of becoming too moderate after his return from a life-changing trip to the Middle East. 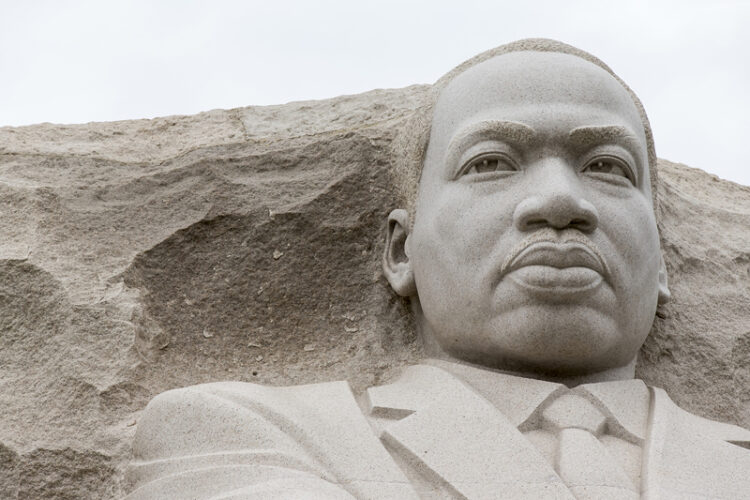 Other martyrs in the movement included average Americans who fought for civil rights in the highly racist, violent South. In the most famous tragedy of many, a Ku Klux Klan mob killed Freedom Riders Michael Schwerner, Andrew Goodman and James Chaney when they traveled to Mississippi to help register Black voters in 1964.

Dr. King knew that if these brave individuals had been killed for their beliefs and actions he, as the civil rights movement’s most visible and active leader, was in constant peril. Having already survived an assassination attempt in 1958, he knew that his life remained in danger every moment of every day.

James Earl Ray assassinated Dr. Martin Luther King Jr., shooting a single bullet from a long-range weapon on April 4, 1968. Standing on a motel balcony, King was shot at 6:01 p.m. and died about an hour later at a Memphis hospital, which at first refused to treat him because he was Black.

Ray fled from the boarding house, where he had shot King through a bathroom window at a distance of some 200 feet, an easy shot for an average marksman.

After a huge manhunt, FBI agents finally captured the assassin at a London airport, where he planned to escape to somewhere in Africa. He pleaded guilty and was sentenced to 99 years in prison. He died of natural causes in 1998, having served 29 years of his prison term.

Americans reacted to the news of King’s assassination in many ways. A majority were shocked that even a man who had long preached non-violence would become the victim of one of the most vicious violent crimes of the century. Only President John F. Kennedy’s assassination caused greater grief and outrage.

Incredibly, many White supremacists celebrated King’s death. They hoped that by killing its most respected leader, the civil rights movement would be stymied, with many of its recent victories reversed.

Unfortunately, a faction of Blacks reacted to news of King’s murder with violent outrage, contrary to King’s teaching of non-violence and passive resistance. Riots caused massive destruction in cities across the country.

Fifty-four years following Dr. Martin Luther King Jr.’s assassination, we are left to wonder what would have happened if Ray’s shot had missed its mark or if Dr. King had survived his gunshot wound.

It is likely that the civil rights movement would have enjoyed many more years of strong, inspirational leadership, with greater progress in the passing of effective new laws and the making of meaningful policies.

Instead, the nearly rudderless movement largely fell apart within years. Tragically, what the racists who celebrated King’s death had hoped for in 1968 had come to pass by the mid-1970s.

Without more leaders with Dr. King’s strength, intelligence and skills, Americans are still far from seeing the Promised Land. But we must train new leaders, continue the journey and never give up until we all arrive.