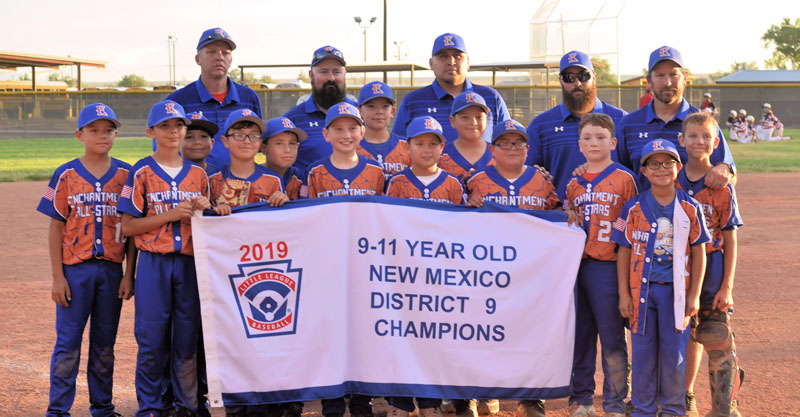 With car windows painted blue and orange, spirit and determination filling the air, and the excitement of the biggest tournament of the year on the horizon, the New Mexico District 9 Champions, the Enchantment Little League 9-10-11 All-Star baseball team headed east.

The team had a strong showing in Clovis this weekend at the state tournament, where district winners from all over New Mexico converged with the same goal of earning the coveted championship banner.

ELL dominated Los Alamos Little League in the first game of the tournament on Friday night, taking home a 9-4 victory.

After giving up two runs in the first inning, Enchantment only allowed Los Alamos two more runs for the remainder of the contest.

That win advanced ELL into the winner’s bracket with a Saturday afternoon game against hometown favorites, Clovis’ Zia Little League.

Under the pressure of playing for a packed house, ELL fell behind 3-0 in the first inning but quickly rallied back to tie the game 6-6 in the fourth. When all was said and done, Enchantment pulled out its second win of the tournament, a 12-9 victory, to advance to the third round of play.

“Enchantment hasn’t won a state baseball game in years,” said team manager and league president Rustin Porter after the team’s second win on Saturday. “This is a big accomplishment, not only for our boys, but for Enchantment Little League and all of District 9.”

Artesia Little League was next up for Enchantment on Sunday evening. The ELL team struggled to gain confidence and made crucial mistakes early, causing them to fall to Artesia quickly. The 17-0 loss was the first for Enchantment in the tournament.

The loss set up a second game against Los Alamos Little League, where the two teams battled to stay alive in the consolation bracket. Enchantment had a slow start, with no runs for the first three innings.

The team never lost their drive for a win and their passion was evident. Facing a 7-0 deficit, the team rallied with four runs in the 4th, and one in each of the 5th and 6th innings. Enchantment shut down the Los Alamos offense for the remainder of the game, with not a single run crossing the plate after the third inning.

It was not enough for the win though, and Enchantment’s quest for a state championship ended on Monday afternoon. Enchantment finished in 5th place in a field of nine.

“Even though we came up a bit short in the state tournament, these 13 young men definitely left everything they had on the field,” Porter said on Monday. “I couldn’t be prouder of these kids and what we accomplished as a team throughout the district and state.” 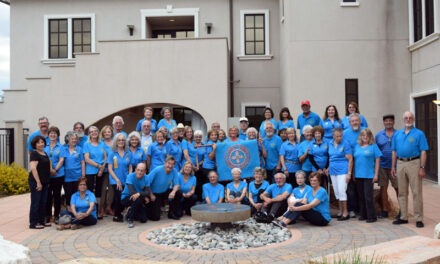 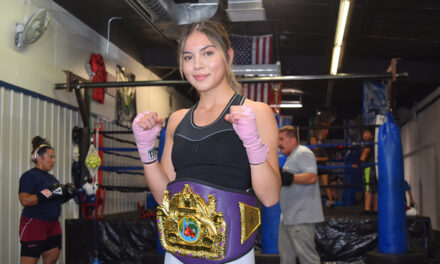 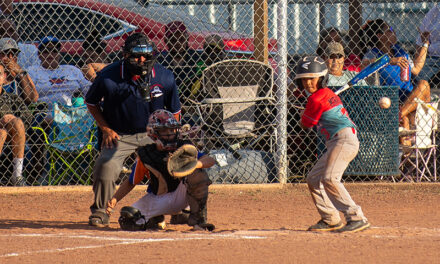