This week Geyer is hosting his first camp as the Lady Tiger head coach since he arrived in Los Lunas earlier this summer. The camp for players entering the fourth through ninth grades is intended to help strengthen the program now and in the future.

“We’re trying to build this program from the ground up,” Geyer said. “We’re trying to overload the girls with fundamentals, to give these kids a foundation for down the road.”

The camp, which is being held at the Los Lunas High School gym, is running in two shifts, with fourth- through sixth-graders attending a morning session from 8 a.m. to noon and seventh-through ninth-graders participating in afternoon sessions from 1 p.m. to 4 p.m.

“We’re working a lot on the fundamentals, like shooting and dribbling,” he said. “But, at the end of the day, I let them play some scrimmage games for fun.”

Geyer, who coached Alamogordo High School boys teams to three state championships, was hired earlier this summer to try to push the Lady Tiger basketball program over the top. Los Lunas has been good in recent years, but not good enough to make the state playoffs.

Geyer, who waited to get hands-on with the program until he and his family had settled in the area, just recently moved into their new home in Los Lunas.

There was a good turnout for the camp, despite no pre-registration and little time to plan. Eighteen girls came out to the first day’s early session and 16 girls were at the afternoon session.

“With the short notice and only being able to promote this a little bit, I am very pleased with the number of girls we have out here,” said Geyer.

Geyer is being assisted in both sessions by a handful of his Lady Tiger players, with whom, he said, he has been impressed so far.

“This program has a lot of potential,” he said. “The girls have been very receptive so far, and they’re working very hard.”

As for getting settled in his new home, Geyer said things are coming along great.

“I really enjoy living in Los Lunas, and I’m very excited about being the girls basketball coach here,” Geyer said. 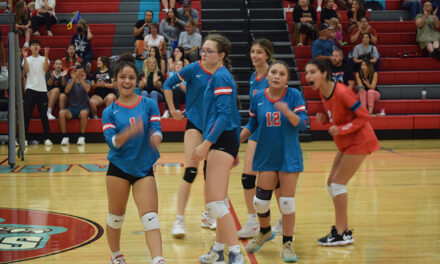 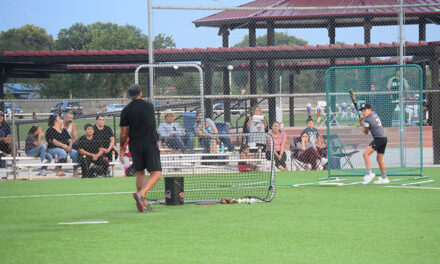 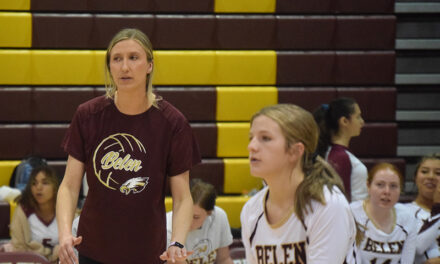