The Pueblo of Isleta Health Care Center, sparkling with state-of-the-art medical equipment, officially opens its doors at 1 p.m. on Monday.

The 42,700 square-foot facility will employ 60 to 65 people in the beginning, with that figure jumping to 80 by the end of the year, according to CEO David Antle.

The new center has six exam rooms, compared to four in the older facility. In the past, long waits were part of receiving dental treatment. Now, there will be eight dental rooms, up from the previous six. The dental staff will include two general dentists and four contract dentists.

Three triage rooms, two urgent care rooms and a pharmacy, along with facilities for podiatry, physical therapy, optometry and a laboratory are all part of the new center.

“The lab will be able to do 90 percent of what we order,” Antle said. “Before, we had to send out most of the lab work.”

On the second floor, there are four bedrooms, where EMTs will be available and have the opportunity to rest between calls. Educational programs on diabetes, nutrition and safety will be offered through the Community Health Represent-ative program.

Antle said Isleta Governor Alvino Lucero was the driving force behind the center’s construction. He wanted the pueblo to build its own facility, after funding attempts through the federal government proved unfruitful.

“The governor worked for years to make this health center a reality,” Antle said. “I think there’s a lot of community pride in this building and anticipation of improved services.”

Antle, 52, worked for the Navajo Nation in Arizona for six years, when it first started its health care facility. More recently, he was the CEO of Miners’ Colfax Medical Center, a 33-bed hospital in Raton.

The health care center has a room for emergency medical services but is not equipped as a trauma unit for patients with serious injuries. Those patients will be transported to Albuquerque hospitals. Non-Native Americans with serious injuries would not be turned away in emergency situations. However, Antle pointed out that protocol would require these patients be transported to Albuquerque anyway.

Two family practitioners coming on staff right away are Dr. Elizabeth Cumby and Dr. Dan St. Arnold. Another doctor will come on board in two months, Antle said.

Evelyn Fink, RN, will manage the nursing staff of Carol Olguin, RN, and Phyllis Willeto-Smith, LPN. The center is currently in the process of hiring another nurse and is still advertising for a community health nurse.

“Most of the operating funds will be a combination of Indian Health Service funds and independent billing,” Antle said.

Medicare, Medicaid and private insurance will all be sources of the center’s revenue. Currently, Antle is seeking for the facility to become an authorized provider for HMOs, such as Presbyterian and Lovelace.

An executive secretary, receptionist, maintenance manager, custodial supervisors and medical records staff have already been hired. Interviews are being conducted for the custodial staff, two patient registration clerks, a benefits coordinator and health educator. However, no new applications are being taken for these positions. The health center’s phone number is 869-3200.

Death of a railroad man 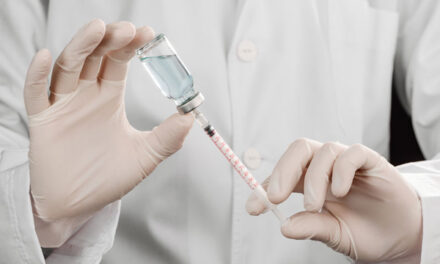