At the grocery (recently), the PA system let loose with a rendition of “God Bless Texas.” But while picking out produce, I couldn’t help thinking, “God, help the people of Texas.”

I don’t wish bad things on Texas citizens — we stayed in close contact with friends in Austin and San Antonio throughout the “No Power Week and No Water Week.” But Texans have a hard road ahead surviving their upside-down and backwards state government.

A few weeks back, Texan politicians were all excited about seceding from the union when their more reality-challenged citizens failed to take over the nation’s capital. Lately, not so much. On Feb. 18, Texas Gov. Greg Abbott asked for FEMA assistance for all 254 Texas counties.

But Texas pols still insist they’re rugged, go-it-alone individuals. Former Gov. Rick Perry claimed Texans would go without power much longer than three days to keep the federal government’s hands off their electrical grid. Uh, I doubt Gov. Perry actually asked the people freezing in their houses if they agreed.

Had they been connected to the national grids, federal regulation (the horror! The horror!) would have forced them to winterize their grid, thus protecting them from this stupid catastrophe.

Then, when disaster became impossible to ignore, Gov. Abbott blamed it on the wrong thing — windmills icing up. Well, windmills function just fine in Antarctica and Alaska because regulations require winterizing windmills. Besides, it was Texas’ natural gas lines going down that precipitated the crisis.

But hey, Texans are tough guys who can ride out anything right? Well, the whole world witnessed the sorry saga of Texas Sen. Ted Cruz running for Cancun when the going got tough. He protested there was nothing he could have done by staying home in the deep freeze. But guess who figured out something useful to do? Someone as far from being Texan as it’s possible to get — that smart-mouthed New Yorker Rep. Alexandria Ocasio-Cortez. She raised $4.7 million for Texans suffering from the crisis, and she doesn’t even own a 10-gallon hat.

March 2 was Read Across America Day, which coincided with the birthday of Theodor Geisel, aka Dr. Seuss.

This year was marked by the announcement by Dr. Seuss Enterprises that six Dr. Seuss books would no longer be published due to content deemed “hurtful and wrong.” Perhaps you heard Dr. Seuss had been “canceled,” but before crying foul over an attempt to stifle Geisel or censor Seuss, consider how this decision is consistent with free speech.

Dr. Seuss wrote around 40 books. His most recognizable titles are not among the 15 percent or so that have been removed from publication. “The Cat In The Hat” will still roll off the press, we can still have “Green Eggs And Ham,” and the Grinch can continue stealing Christmas.

or email your views to us at [email protected] 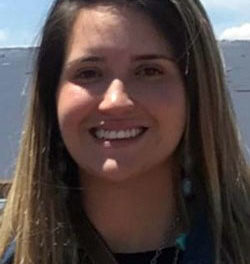