NMPED changes policy on how to suspend school boards 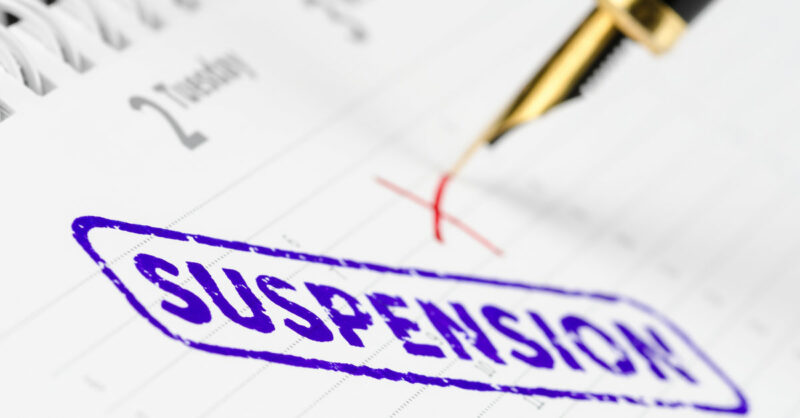 The New Mexico Public Education Department revised its rule regarding the suspension of school boards.

The change in policy came at the end of May, shortly after the reinstatement of two previously permanently suspended Los Lunas Board of Education members on May 19.

“The changes are an attempt to clarify the suspension process rather than a response to a particular incident,” PED Deputy Director of Communications Judy Robinson told the Santa Fe New Mexican in an email.

Suspended board members Bryan Smith and Eloy Giron appealed the department’s November 2021 decision to permanently suspend the entirety of the five-person board in late 2021.

The judge concluded that while PED did act within the scope of its authority and did not act “fraudulently, arbitrarily of capriciously,” and since they did not consult with the Public Education Commission and the “decision of (the department) is not supported by substantial evidence as to the appellants,” Smith and Giron be immediately reinstated.

Through the new rule, the department can now issue an emergency suspension of an entire school board, initiated by the education secretary, if there is “sufficient reason to believe the educational process in the school district or public school has been severely impaired or halted as a result of severe deficiencies.”

An emergency suspension can be engaged without a prior public hearing and without consultation with the Public Education Commission, which oversees New Mexico charter schools.

The suspended board will be entitled to a public hearing within 60 days of the emergency order of suspension. Five days following the hearing date, the secretary can “make permanent, modify or withdraw” the suspension orders.

The rule also creates space for a non-emergency suspension, which requires the board to fix or submit plans to fix any failures to meet laws, rules or standards within 30 days after receiving a written notice from PED. If the board fails to do so, then the secretary can issue an “alternative order of suspension,” which is essentially an intent to suspend the board. The order will contain a date and time of when the suspension will begin, as well as a time, date and location for a public hearing. A public hearing must be held within 30 days of the alternative order of suspension.

Following the public hearing, the secretary still has five days to either “make permanent, modify, or withdraw” the suspension.

The secretary must consult with the Public Education Commission prior to a permanent suspension in a non-emergency situation during a public meeting, however its input is only to be considered by the secretary and not mandated to be followed.

The Floyd Municipal School Board was also suspended in 2021 after members voted to loosen COVID-19 precautions, such as mask requirements, temperature checks and surveillance testing in the district, contrary to PED guidelines.