LOS LUNAS— After being suspended at the end of May, the five elected members of the Los Lunas Board of Education will have their side of the story heard at a public hearing with the New Mexico Public Education Department at 9 a.m., Tuesday, July 27.

On May 26, all members of the board — Eloy Giron, Frank Otero, Steven Otero, Bryan Smith and David Vickers — were suspended due to “credible evidence that certain board members have persistently violated procurement and public access laws, the state Public School Code, and professional ethical standards.”

“These aren’t actions that we take lightly because we believe in the ability of local school boards to govern their local districts,” Stewart told the News-Bulletin in the days following the suspension. “It really just got to the point where, even though we warned them, we kept seeing these behaviors and actions continue. We had no choice but to make that suspension.”

Smith and Giron both requested the hearing for all five members of the board, which is their right under state statute.

Stewart appointed John Ziegler, an attorney with Woodcock & Ziegler, P.C, as the independent hearing officer to oversee the hearing. Within two business days following the hearing, Ziegler will submit his findings of fact from evidence presented at the hearing to Stewart.

Stewart and NMPED have five business days following the hearing to either “make permanent, withdraw or modify” the order of suspension for the Los Lunas School Board of Education, as stated in the New Mexico Administrative Code. The board has the ability to appeal any decision made by NMPED and Stewart to the 13th Judicial District Court.

During the hearing, sworn witnesses from both NMPED and the members of the Los Lunas Board of Education, will “testify only on the causes stated in the order of suspension,” according to a statement from NMPED.

“The witnesses may testify only if they have personal knowledge of the facts leading to the causes stated in the order of suspension through professional assignments,” the statement continued.

Witness lists have not been released as of the time of publication of this article.

The seats of Steven Otero and Vickers are up for election in November. Stewart said it is too early to know at this time whether the other board seats, occupied by Giron, Frank Otero and Smith, will also be on the November ballot for the remainder of their terms, which end in 2023.

It’s also unclear if the results of the hearing will provide clarity as to whether those three seats will appear on the general election ballot.

On June 28, NMPED announced the appointment of four community members — Jessie Lewis, Bruce Bennett, Tina Garcia and Ragon Espinoza — to the Los Lunas Schools Governing Committee, who will be taking over the duties of the board of education for the time being. Former Los Lunas Board of Education member Sonya C’Moya was appointed to the committee on May 28.

The four recently-appointed members were sworn in during the July 20 meeting of the committee. Prior to swearing in, they were read the school board code of ethics, all while raising their right hands.

During the meeting, the appointed members elected C’Moya as committee president, Bennett as vice president and Garcia as board secretary. The next regularly-scheduled meeting is set for 6 p.m., Tuesday, Aug. 17.

The hearing for the suspended Los Lunas Board of Education members is open to the public through Zoom with registration open here: us02web.zoom.us/meeting/register/tZwrc-irrTIoG9d7ZOWXqYv1FKWdcVTWrcET. 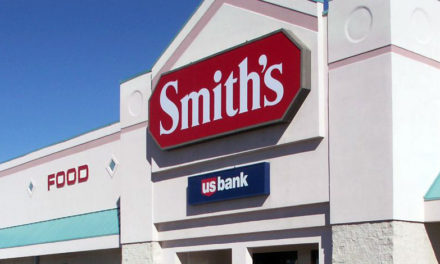