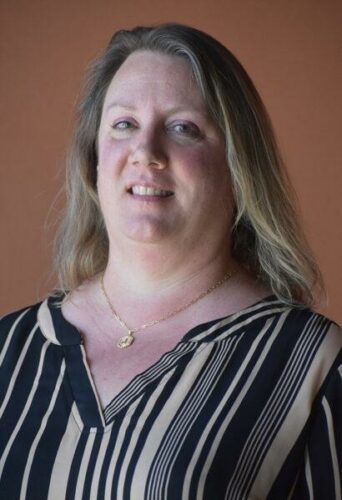 For the most part, when it comes to food, I’m not picky. So long as I’m not staring down botulism, it’s fine. However …

Growing up, we ate a lot of rice. My mom learned a lot of her cooking techniques and recipes from her mother-in-law. As a New Orleans native, Grandma was skilled at making dishes frequently associated with the Crescent City — red beans and rice, jambalaya, crawfish ettouffe, gumbo, dirty rice and these stuffed artichokes that were big on taste but small on filling you up.

If you don’t know, most of those meals include rice — fluffy rice, with firm, separate kernels. So, when my mother made rice, it was just like Grandma’s, whether it was for gumbo or a chicken stir fry.

I eventually moved out on my own and wanted to carry on making the foods I loved as a child, but I could never seem to get it quite right. Making the main part — the beans or gumbo — wasn’t the hard part. It all fell apart when it came to the rice.

I tried jasmine rice, basmati rice, brown and white, long grain and short. Nothing cooked up the same as my mom’s or grandmother’s rice. It was sticky and clumpy, and from time to time, crunchy. I was disheartened to say the least.

At an utter loss, I did the thing I should have from the start — I asked my mother what kind of rice she used. I know, I know, obvious but I was an adult, darn it.

The answer was parboiled rice. Armed with that knowledge, I happily set off to the grocery where I scoured the shelves to no avail. When I asked about parboiled rice, people seemed confused. Apparently this wasn’t really a thing here.

I looked at other stores, but eventually had to succumb to the interwebs. Of course, Amazon in all its vastness had several sellers offering parboiled rice. I’ve ordered many ridiculous things from the website that used to offer only books, just like MTV used to play music videos, so, what’s a 5-pound bag of rice?

The order was a success, so I continued, satisfied with my rice, just like mom used to make.

A few months ago, I hit the bottom of the rice bin and with a few clicks, more was on its way to me. I made a mental note of the date it would arrive and carried on with life.

I think it was the day before it was due to arrive, I happened to look out at my front gate and noticed something white on the ground. Maybe 5 pounds of rice? I picked up the package and was immediately confused. One, it was definitely not from Amazon. It was from Walmart.

Had I ordered something and forgot? I mean, entirely possible but … it 100 percent felt like 5 pounds of rice. Kind of soft and shifting. Did I get someone else’s rice?! What a bizarre coincidence.

Trying to figure out who else in my neighborhood mail ordered their rice, I searched for an address label. I turned it over and over and over again. No label. I stood there by my gate and slowly looked around. There wasn’t a delivery truck in sight.

I decided to bite the bullet and take it inside. I mean, I couldn’t return it. There was literally no labeling on it.

I put the package on my table and puzzled over the situation. The package looked like the ones I’d gotten when I ordered items to be delivered to a local store. The yellow Walmart star burst thing and a sticker with a barcode.

Did the seller on Amazon run out and order it through Walmart? Did some random Instacarter bring it to my house?

Wait … does Walmart carry parboiled rice?! Is it cheaper than Amazon?!

The modern internet is a weird place, my friends. Stay safe and beware of strangers bearing rice.

Joking around about art

A sweet shelter pet makes all the difference