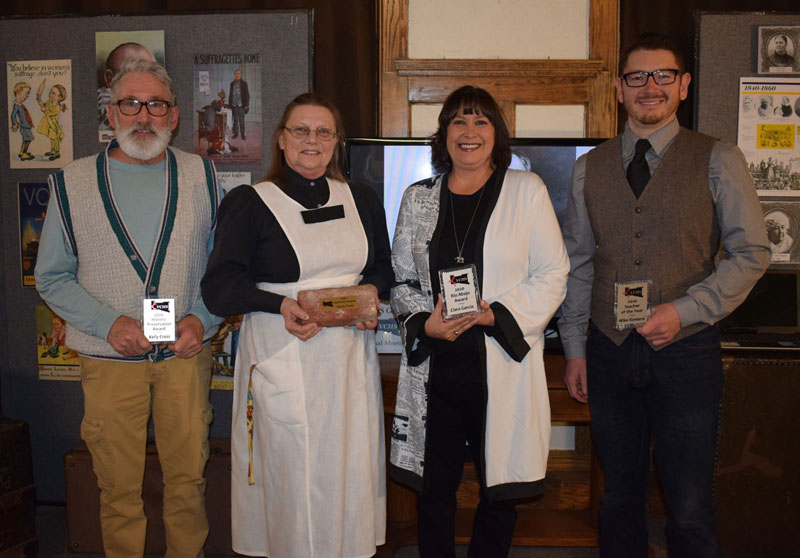 BELEN—History has been a guiding force in Valencia County, and a local organization dedicated to preserving and showcasing where we’ve been recognized several residents who help do the same.

Clara Garcia, editor and publisher of the Valencia County News-Bulletin, was given the Rio Abajo Award.

Torres said Garcia donated all the News-Bulletin’s old photos and microfilm to the Belen Harvey House Museum while the newspaper was moving offices.

“To have the respect for history to save them and to donate them to us is fantastic,” he said. “You’re always there supporting what the (Valencia County) Historic Society does, and anything to do with history … You’re always there to cover it and spread the news.”

Garcia said she is honored to receive the award from a group of people who everyone should thank for their commitment to preserve, protect and share the history of Valencia County. She also thanked the members for contributing its La Historia de Rio Abajo column to the News-Bulletin for more than 20 years.

“There’s a saying that journalism is the rough draft of history,” Garcia said. “A historian’s research is roughly the equivalent of what a journalist’s reporting is. In both cases, the goal is to produce something distinct ­— something relevant.

“I love my job and what I do. I’m a journalist and I get to observe and witness history first hand,” she added. “I get to share what happens in our community, and whether it’s from yesterday, a month ago or even 20 years ago — I have the honor to contribute to our narrative, to our history. That’s an award in and of itself.”

Kelly Cross was presented with the Historic Preservation Award for his work on restoring a building on Becker Avenue. Torres said Cross was able to talk the building’s owner into selling it to him several years ago, and made it his mission to bring it back to life.

“He used his own money to preserve something in our community,” Torres said of Cross. “My kind of people, and I’m sure your kind of people, will find something and realize the vision and the history this building has.”

Torres said the building, at 508 Becker Ave in Belen, was once the public health building in the past, and then belonged to a man who owned a plumbing business.

“He took truckloads of nuts, bolts, screws and junk out of the building,” Torres said. “Kelly worked really hard and made it his home. The back part is his home, and the front part is a (gallery) called Studio 508.”

Cross opened the gallery up to the public, allowing local artists to use the space at no cost. It was his way to allow artists to show their art. He has had about 15-20 art shows since opening in October 2018.

“We’re very grateful to have someone come to the community and save a part of our history,” Torres said.

Cross also thanked the VCHS for the award, saying when he moved here he found a new family and a new community.

“This has been the most fun project I’ve ever done in my life,” Cross said. “I really just have this hometown feeling, and I found family here again.

“It’s been very rewarding, it’s been fun and I enjoy standing on the shoulders of people who take care of their community, try to retain the history of the community and keep it alive because it is important,” Cross said. “I wanted to be a person in the community to leave something for someone to stand on in the future.”

Heide Green, a longtime volunteer docent at the Belen Harvey House Museum, was given the Red Brick Award. Torres said this special award is given to a person who volunteers and works continuously.

“Without the help of volunteers, we couldn’t keep it going,” Torres said of the volunteers. “Cleaning, opening it up for tours, doing the displays — that’s a lot of work. Unfortunately, they have little very help from the city — shame on us.

“This has been a person who has been around forever,” he added. “She would come in early and stay late. She knew everything about this whole building. She can talk to you about the Harvey Girls, the railroad, the history of this building and how it was made.”

Torres, calling Green an ambassador for the Harvey House, said she will also take displays from the museum to other parts of the state to showcase what we have here.

“She is absolutely wonderful, and she trains a lot of the docents,” Torres said. “I don’t think we could run this place without her.”

Green said she is humbled that the VCHS has the confidence in her, and see things in her that she might not see in herself. The longtime volunteer said she became involved at the Harvey House in El Paso after her husband, who was a docent there, had a heart attack.

“He couldn’t go alone, so I signed up as a Harvey Girl,” Green said. “The history of the Harvey Company is fascinating to me — history period. I wouldn’t have been able to do all of these things if it hadn’t been for the other docents. They really need a lot of applause as well.”

The VCHS’s Teacher of the Year Award was presented to Valencia Middle School history teacher Michael Romero. He was also presented with a $200 check from the organization.

“We had the toughest choice this year because we have so many good candidates,” Torres said. “There are always so many good teachers, and I think they are the most under-valued and underpaid profession in our country.”

Torres said Romero has gone out of his way to teach his students more about the history of the area, and to appreciate the local history.

“A lot of times in education, the focus is on science and math and language arts, and history a lot of times is forgotten,” he said. “When I get students in the seventh grade, it’s often the first time they’re exposed to history and social studies. It’s my job to get them excited and make them realize they’re part of our history.”

Romero said his family has deep history in Valencia County, saying he’s a Toméseño — from Tomé. He was appreciative of the award and thanked the VCHS for the recognition. 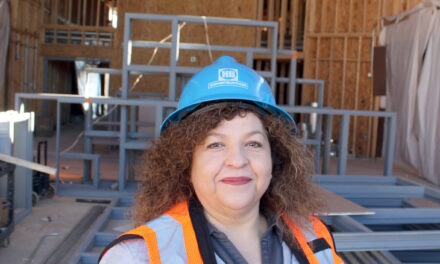 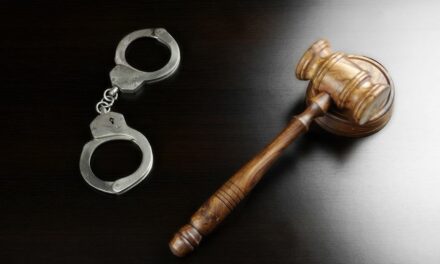