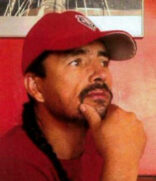 He was a loving husband and father, who worked hard his whole life for his family. Fernando had a big heart and made friends with everyone he came across. He would give you the shirt off his back. Fernando is preceded in death by his father, George C. Baca; and brothers, Lawrence and Thomas Baca.

A final viewing was held at 9 a.m., with a Funeral Mass celebrated at 10 a.m., Monday, Aug. 10. Interment followed at San Isidro Cemetery.

A complete obituary is available at noblin.com.

Henry, son of the late Mariano Cordova and his wife, Eva nee Baca, was born May 4, 1939, in La Joya. He received his education from La Joya Tech. On Feb. 9, 1980, he was united in marriage to Pamela Whitworth. Henry was a groundskeeper for the Legends Golf Course and also had a love for gardening.

He was preceded in death by his parents, son, Eddie Cordova; five siblings, Billy, Reuben, Louella, Helen and Louella; and mother and father-in-law, Betty and Charles Whitworth.

A visitation and funeral service was held on Tuesday, Aug. 11, at Nieburg-Vitt,Thiebes Funeral Home. Interment will be in the Sunset Cemetery in Pacific, Mo.

Memorial donations can be made to the COPD Foundation.

Gil was born at home in Belen on May 8, 1937, the first child of Jose Antonio and Sara Gurule Gutierrez. After graduating from high school, he completed electrical technical school in Chicago, Ill.

He married Estella Gabaldon on June 25, 1960. They moved their family to Barstow, Calif., then Victorville, Calif., and finally Apple Valley, Calif., where Gil eventually started his own business, Gilbert G. Electric. Gilbert and Estella had three children.

Later, he moved to Las Vegas, Nev., to work at the test site. On June 28, 1998, Gil married Karen Patterson, and they spent the last 40 years of his life together.

Gil loved to fish and hunt in Utah and Nevada. He delighted in taking off-beaten paths with his window down and country music playing just to see where that road went. He was a talented electrician and enjoyed teaching many others the tricks of the trade. He cherished his grandchildren, whom he felt could do no wrong.

Gil was preceded in death by his parents; sister, Mary Gutierrez; stepdaughter, Amy Ellison and her son, Hunter.

His family appreciates the amazing care Gilbert received from Giving Care Home Health Company and Pebble Creek Hospice. As Gil requested, there will not be a memorial service.

In lieu of flowers please consider donating to an animal shelter or sanctuary of your choice.

Melinda was the beloved daughter of Norman and Margaret Crawford, who both preceded her in death. Melinda was born June 22, 1954, in Uvalde, Texas.

Melinda will be missed by all who knew her. Melinda’s memorial service will be held at a later date.

Eulala Morrison Jones passed from this life on Aug. 6, 2020.

She attended school in Seneca and Clayton, and graduated from Clayton High School. She married Earl Armon Jones on May 24, 1952. To this union were born three children, Cindy Lee, Casey Earl and Earl Armon (Earl A).

She worked in many jobs, including as a licensed beautician and as an employee of the United States Postal Service. She enjoyed painting and music, and played the piano at several of the churches she attended.

The family first lived in Northeast New Mexico, including the community of Wagon Mound. In 1969, they moved to a small farm in Los Chavez, where they spent many happy years. In 2014, due to advancing illness, Cindy and Eulala moved to Rio Communities.

She is survived by her daughter, Cindy Lee Jones; by many wonderful nieces and nephews, and dear friends. She loved them all, but most of all loved her father God, her Lord Jesus Christ, and the Holy Spirit. She loved and she was loved. There is no greater legacy.

There will be a celebration of Eulala’s life at a later time when circumstances permit.

He was a member of Immaculate Conception Catholic Church in Tomé.

Services will took place on Wednesday, Aug. 12, at Immaculate Conception Catholic Church in Tomé. Interment will be held at a later date.

A memorial service will take place at Calvary Chapel New Harvest, in Los Lunas, on Friday, Aug. 14, beginning with a visitation with the family from 9:30-10 a.m., followed by the eulogy and sermon.

The burial service will be held at 10 a.m., Saturday, Aug. 15, in T or C at Vista Memory Gardens. Funeral directors from T or C require a mask or face covering and this is mandatory.

Diane M. Arvizu Gallegos Routzen, age 42, a resident of Belen, was taken peacefully by our Lord and Savior on Aug. 5, 2020.

She earned a degree in nursing. She enjoyed camping, fishing and many more outdoor activities. She loved animals, and she always had a smile on her face that will be missed.

Diane was a widower of her late husband, David Routzen.

He is preceded in death by his wife of 68 years, Eva.

Walter was the son of Walter E. Timmons Sr. and Mayme Hays Timmons, and born Sunday, Aug. 4, 1929, in Estancia. He graduated from Albuquerque High School in 1947. He attended the University of New Mexico, majoring in business administration.

Walter married the love of his life, Eva Mann, Friday, April 20, 1951. They were married for almost 68 years. They resided in Albuquerque until moving to Bosque Farms in 1992.

Walter entered into active service with the Army in May 1951, serving in the Korean Conflict. Walter’s professional career included working for the Santa Fe Railroad in the maintenance area, and the mining/construction supply industry, working for Harry Cornelius Company, Crist Machinery and Supply, Plateau Supply and then IMSCO. He retired in 1996.

Walter was past president of Albuquerque Equipment Distributors. After retiring, he enjoyed working as a consultant, gardening and working in his shop.

As a young man, he was an active member of DeMolay and a Chevalier. He served on the advisory council and chapter dad for Sandia Chapter Order of DeMolay. He served as chairman of the DeMolay Foundation of New Mexico. He then became a member of Albuquerque Temple-Lodge 6, Albuquerque York Rite and a 32nd degree Scottish Rite Mason.

Walter will be laid to rest at Sunset Memorial Park following a private family ceremony. A memorial celebration of life will take place at a later date.

He was a member of Immaculate Conception Catholic Church in Tomé, and was a U.S. Army Korean War veteran.

Filimon is preceded in death by his parents, Julian and Mercedes Chavez Vallejos; brothers, Manfor and Anastacio (Tacho) Vallejos; and sister, Carmelita Baca.

Services will take place beginning with a public viewing from 1:30-2:30 p.m., Thursday, Aug. 13, at Romero Funeral Home Chapel. A Rosary will be recited at 10 a.m., Friday, Aug. 14, followed by a Funeral Mass at 10:30 a.m. at Immaculate Conception Catholic Church in Tomé. Interment will follow at 1:30 p.m. at Santa Fe National Cemetery.

Please follow COVID-19 safe practices by wearing masks and distancing to protect all in attendance. 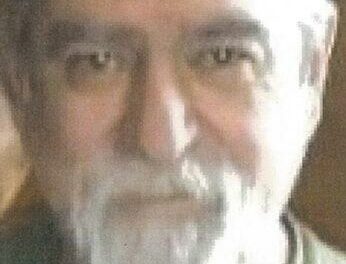 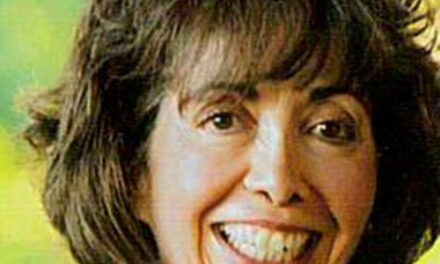 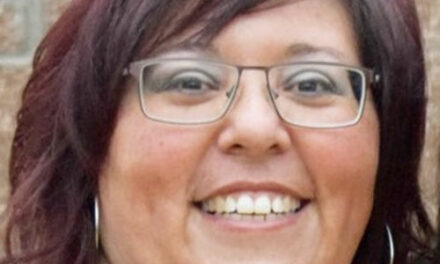