Employees sent home to self-quarantine; City Hall will be disinfected 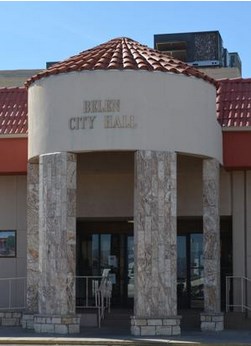 BELEN — Belen City Hall has been evacuated and employees have been sent home this morning after a possible exposure of COVID-19.

Belen Mayor Jerah Cordova said an employee’s son, who lives in Arizona, tested positive for the novel coronavirus either late Thursday, March 19, or the morning of Friday, March 20. The employee’s wife had traveled to visit her son, and returned home Wednesday, March 18.

The employee went to work Thursday, but when he was told about the positive test result this morning, he immediately called City Manager Andrew DiCamillo and informed him of the situation, and did not go to work today, March 20.

“As of 9:30 this morning, the city manager received notification from an employee that a member of his family tested positive for coronavirus,” Cordova said. “As of 9:45 a.m., we made the decision to shut down city hall, and asked all employees to vacate the premises and quarantine themselves at home.”

Cordova said the employee and his spouse are not showing any symptoms of COVID-19, and have not been tested, although the employee’s wife is seeking testing.

“As far as I know, the son’s symptoms are mild,” the mayor said. “He had been out of country on a company trip.”

Belen City Hall had been closed to the public since Tuesday, March 17, and several employees had been working remotely.

When asked if the employee had a lot of interaction with other city employees on Thursday, Cordova said he was involved in a meeting at city hall with other city officials as well as others with the state of New Mexico.

“Everyone has been fully informed,” Cordova said.

The mayor said city hall will be fully disinfected today by a professional custodial service. He hopes to make a decision to open the building Monday, March 23, for employees, but will continue to monitor the situation over the weekend.

As for city services, Cordova said employees have the ability to work remotely, and there will not be a disruption of services. Most departments have been consolidated at the Belen fire station.

For other emergencies, such as a water break, Cordova said anyone can still call the city’s main number — 966-2731 — and they will be able to get in touch with a city employee.

“We’ll be able to fully communicate,” the mayor said.

As for the safety of the community, the mayor advises everyone to take precautions and to stay home.

“We need everyone in Belen to stick together, to be cautious,” Cordova said. “If they don’t need to be out and about around town, they need to stay home as much as possible. Right now, the goal is to limit all community spread. We want to make sure we’re not passing it along.

“Most importantly, sometimes people who have it don’t know they have because they’re not experiencing symptoms,” he said. “It’s very important that we socially distance and stay the 6 feet away from everyone.” 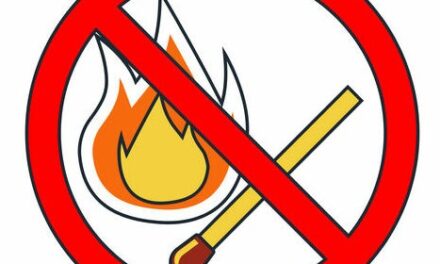