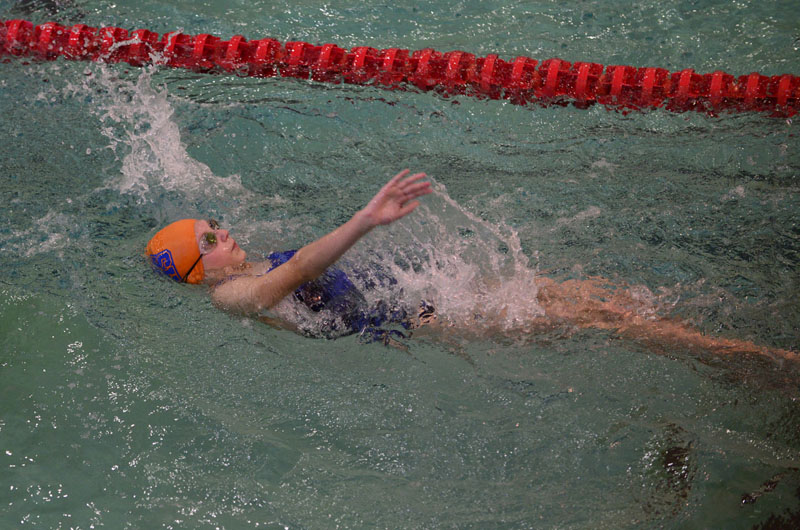 ALBUQUERQUE— The Belen swim team finished in fourth place on both the girls and the boys sides of the competition at the district meet at Albuquerque Academy on Saturday.

The Eagle girls scored 185 points, while the boys scored 162.

Valencia’s highest finish was from the boys, who came in 11th, while the girls finished in 13th with scores of 48 and 14, respectively.

The meet was the final opportunity for athletes to qualify for next weeks state championships, which will also be held at Academy.

The state championships begin at 7:30 a.m. on Friday with the diving prelims and semi-finals.

Swimming will begin at 3 p.m. with the preliminary events.

Belen had a state qualifying time in the girls 50 yard freestyle from Haven Casillas with a third place finish and a time of 25.92, a nearly two second improvement from the time she posted at the Last Chance Invite the week before.

Casillas had previously qualified for the event, as well as the 100 yard freestyle,

She was the only Belen swimmer who posted state qualifying times this past week, although Iris Silva had a strong finish in the 100 with a time of 1:00.68 and a seventh place finsih.

She was one of the swimmers BHS had hoped would be able to qualify for state, but ultimately came up about two seconds shy of meeting the threshold.

As a team, the Belen girls qualified the 200 and 400 yard freestyle relay for state earlier in the season.

Cristofori Sanchez was another swimmer the Eagles hoped would be able to qualify for state, and he came up short in individual events.

Sanchez came closest to qualifying individually in the 200 yard individual medley with a time of 2:16.58, two seconds off qualification. 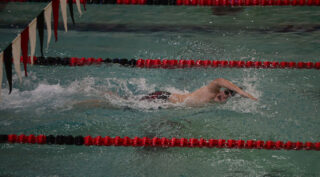 The Belen boys qualified for state in the 200 yard medley relay alongside Los Lunas. The two will compete on Friday in the preliminary heats.
Cameron Goeldner | News-Bulletin photo

However, he is part of the 200 yard medley relay team which had previously qualified.

The team, which is made up of Sanchez, Dylan Jones, John Begay and Luke Sanchez, finished fourth.

BHS had hoped to qualify the 400 free relay team as well after they came up just 4 one-hundreth of a second last week, but they fell four seconds short this time around.

The time of 1:53.27 was just 42 milliseconds under the threshold for state qualification.

The Los Lunas boys also put up a state qualifying time in the 200 medley, finishing in third with a time of 1:51.98.

Joshua Jones, Samuel Casaus, Butch Bottini and Robbie Zanotti make up the team that will represent the Tigers this weekend.

Los Lunas’ Casaus had a strong showing as well, posting a time of 22.47 in the boys 50 yard freestyle which earned him a second place finish and was good for state qualification, just over a second under the threshold.

Jones finished third in the boys 100 yard backstroke with a time of 1:01.27, however, it was shy of earning him state qualification.

Casaus was the only Tigers swimmer to qualify for state, doing so in both the 50 yard free and the 100 yard butterfly.

He won the butterfly last weekend, posting a time of 54.75 with a dominant victory.

Valencia’s top swimmer at the meet was Connor Matthews who came in fourth in the 100 yard backstroke with a time of 1:01.35.

Tickets for the state championships are $10 for adults, $5 for students, seniors and the military.

On site ticket sales are cash only, but can be purchased at gofan.co/app/sports/nmaa in advance using a credit card.

Doors open at 7 a.m. both Friday and Saturday at the Albuquerque Academy Natatorium.

Seating is limited, and the NMAA notes that seat saving is not allowed within the venue and unattended items may be removed. 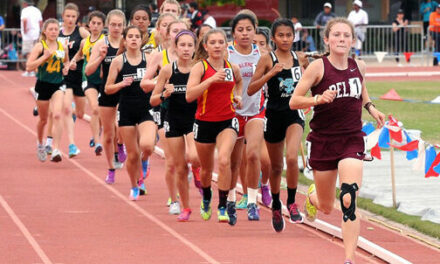 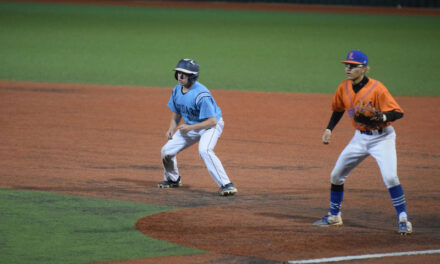