BELEN — The marker boards are on the way and so is the tile for the bathrooms. Sheetrock is going up, tape and texture is being applied and the newest elementary school in the Belen Consolidated Schools district is taking shape.

At the ground-breaking ceremony for the new Rio Grande Elementary school last year, each grade at the kindergarten through sixth-grade school had a member who turned a shovel of dirt.

“We made sure the students were involved with this project,” said RGE principal Margaret Manning.

Rio Grande Elementary principal Margaret Manning stands in what will be the cafeteria at the schools brand new building, slated to be finished this spring.
Julia M. Dendinger | News-Bulletin photos

Since the beginning of the project, Manning and her teaching staff have been closely involved with the planning of the new school.

“NCA Architects met with the teachers and really listened to what they wanted,” Manning said.

One thing the teachers wanted, and got, which might be somewhat unconventional are interconnected classrooms, separated by private tutoring rooms.

“It’s similar to what was done at the Belen Family School,” the principal said.

Manning was the principal of both schools when the Family School was completed in 2015.

“I was involved in that project as well, so I know what questions to ask,” she said.

The teachers also wanted open, common areas where they could work and interact with students. There are three in the new school — one in the kindergarten, one near the fifth and sixth grade rooms and the third near the first and second grade rooms.

The new building will have a separate kindergarten wing on the northwest corner of the building, with large classrooms, which have their own bathrooms.

There will be a separate drop-off area for kindergarten students who ride the bus to RGE, as well as a designated bus zone on the west side of the school for the first- through sixth-grade students.

The buses will exit the campus on the north side and won’t intermingle with the passenger car traffic dropping off students.

This year, the school has a population of about 300 students, but has had more in the past, Manning said. The campus is comprised of four buildings that are 40 to 50 years old.

Over the years, due to the high water table in the area, the site has become unstable, causing buildings to shift and subside.

When construction began on the new school, just to the south of the old campus, about 5 feet of gravel and dirt were brought in and compacted to build up the building pad.

The design of the new Rio Grande Elementary features clearstory windows in the hallways as well as other large windows through out the building to let in copious amounts of natural light.

On top of that is a 13-inch concrete tension slab, Manning said.

“This is a solid building. It’s not going anywhere,” she said.

The building will have energy-efficient appliances and equipment, and the flooring will be polished concrete, eliminating the recurring cost of stripping and waxing of traditional flooring.

Manning said the construction company the district selected for the project, HB Construction based in Albuquerque, has been great to work with during the project.

“They relocated the basketball goals to the patio so the kids would have them, made sure we had walkways where we needed them,” she said. “They’ve just been really great and considerate.”

When the staff has moved into the new school, the old campus will be demolished and paved for parking. The project is on schedule, Manning said, and the hope is to move into the new building in the last week of this school year.

The new school will be all under one roof, rather than spread out among separate buildings, a layout that will improve safety, Manning said.

“Officers from the Belen Police Department did a safety check recently and they were very happy with it,” she said.

The new school will have one public entrance off of Eastside School Road, which will be locked and visitors will have to be “buzzed in,” the principal said.

“Then there’s a second door they have to be buzzed through as well,” she said. “This will be one of the safest schools in the district.

“We are very excited. The new school is bigger, and we will have room to grow and add more teachers.”

The new RGE will cost about $17 million to build, with $4.5 million of that coming out of $16 million in general obligation bonds voters approved in 2016. The remainder of the funds are coming from the New Mexico Public School Facilities Authority. 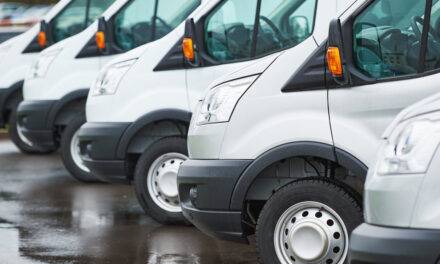 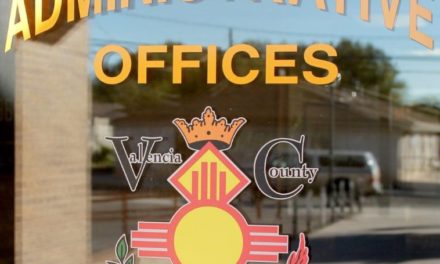 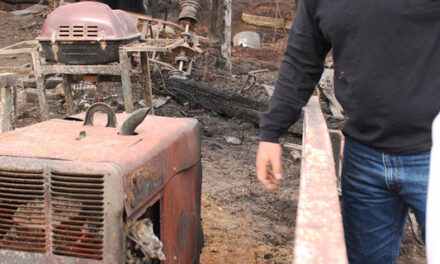 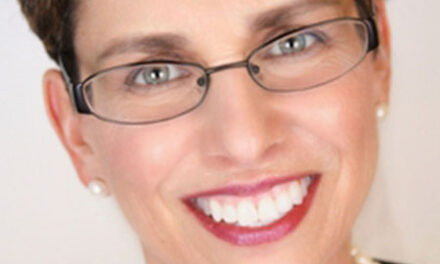