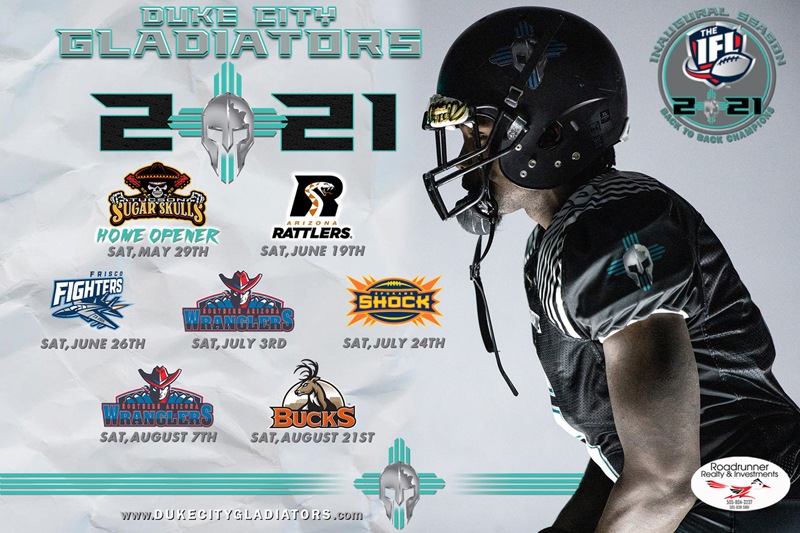 The Indoor Football League Board of Directors has announced its 2021 football schedule. The Duke City Gladiators will kick-off its season on the road May 22 against the Iowa Barnstormers in Des Moines, Ia.

The game will be the Gladiators’ first IFL game as the team moved up to the IFL following its 2019 season.

After winning back-to-back championships in 2018 and 2019, the organization owned by Gina Prieskorn-Thomas and husband Scott Thomas, made the move to the Indoor Football League. The upcoming season will be the Gladiators sixth year playing football in New Mexico.

“Last year we saw our season cancelled just hours before we were set to hit the field for our first IFL game due to the COVID pandemic” Prieskorn-Thomas said. “We are excited to compete in the IFL and have high hopes of bringing back another championship to the city and New Mexico.”

The IFL was originally scheduled to open the 2021 season on Sunday, March 28.

“In trying to best meet the varying needs of all of our member teams, we determined as a league that delaying the start of the season is in the best interest of the IFL,” said league Commissioner Todd Tryon. “With a national footprint that stretches from the East Coast to the West Cost and from North Dakota all the way down to Texas, this year calls for us to be flexible and to consider the unique restrictions, or lack thereof, of each of our 12 markets.”

Duke City Gladiators and state officials are working closely due to the team playing in state-owned Tingley Coliseum.

Currently the Gladiators are scheduled to have its first IFL home game during week three on May 29 against the Tucson Sugar Skulls.

“We pushed our first home game until late May in hopes of being able to have our faithful fans in attendance at Bay Equity Field at Tingley Coliseum,” Prieskorn-Thomas said. “We will continue to work with state officials and will continue to release additional information as it becomes available. We want to ensure everyone, our players, our fans, our coaches, our staff and of course the visiting team’s health remains our priority.

“We will comply with all state and local regulations to ensure everyone involved remains healthy.” 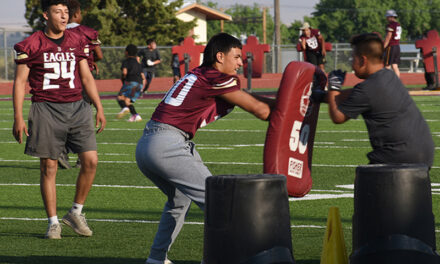