The obituary for William “Bill” Brown was neatly typed up — a gracious goodbye written by the man himself. Handwritten at the top was the date of his death — Sept. 28, 2021.

In his most recent role, Brown, 82, was a councilor for the city of Rio Communities, a municipality he and many others shepherded into existence. 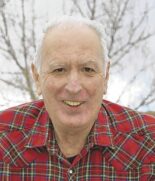 A tall man, but never imposing, Brown moved to what was then the unincorporated community of Rio Communities in 1999.

His friend of more than 20 years, Cyndi Sluder, said Brown had a quiet presence and while he never shied away from speaking up, it was always for the right reason.

“He would hold people accountable, especially in government. He would sit in those (Valencia) county commission meetings, listen and take notes,” Sluder said.

Brown sat in his chair by the door of the Valencia County Commission chambers, listening and taking notes because he had a great desire to improve his community.

Not only did he hold the county commission to account on many issues, including successfully petitioning for a grand jury investigation into its finances in 2002, Brown also worked to improve Valencia County through numerous volunteer efforts.

When he first came to the community, he joined the now-disbanded Rio Communities Association, and within a short time became the association’s president, with Sluder serving as the vice president.

“He told me I was the first person he met in the county and the only thing I can think is we met at an RCA meeting,” she said with a laugh. “He had so much experience and he didn’t brag about that. He used his best to make the people around him better and the community better. He never wanted recognition.”

Sluder said Brown did many things in his life that he didn’t share with many people, one being that he was an Army veteran, volunteering when he was 18 and serving for two years in the Vietnam War. 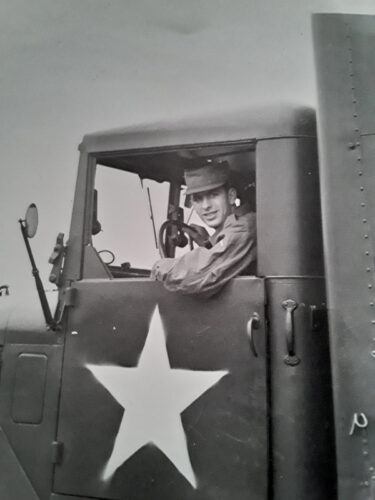 Submitted photo
Bill Brown during his time in the U.S. Army.

“Most people are surprised to learn he was a veteran. He just was a guy of true morals,” she said. “He always believed if you were a good person, good things would happen. I know he was a part of my family. If he adopted you in, he didn’t burn too many bridges. You were in forever. He made the world a better place.”

As a member of RCA, Brown was part of a core group that advocated for incorporation so the area could have its own government. After several tries, it was successful and the city was born in 2013. There was still work to do though.

“Till the day he died, he was still working on getting a zip code for Rio Communities,” Sluder said. “Once he decided to do something, he found a way around it, through it.”

In addition to helping create a city, Brown was also the board president of Tierra Bonita, the former Keep New Mexico Beautiful chapter for the county, an active board member for Habitat for Humanity of Valencia County, a member on the county’s steering committee for its first comprehensive plan and chairman of the board of directors for the Rio Grande Estates Fire Department.

Former RGEFD chief Jason Gonzales said Brown championed the department, helping to establish its policy and procedure, fighting for funding for equipment and building improvements and was instrumental in lowering the department’s ISO rating — which determines insurance costs for home and business owners in the fire district —  from an 8 to a 4.

“One thing about Bill was he wanted a vision before he would start working on tasks to achieve a goal,” Gonzales said. “Once I told him my vision was to improve the ISO, he said ‘Ah ha, now we can make a plan.’ He taught me how to eat an elephant one bite at a time. Fix one thing, then on to the next.

“He was never one to take credit for his accomplishments. It was always look what ‘we’ did. He is the definition of integrity and will be deeply missed.”

One of Brown’s last volunteer efforts was as one of the founding members of the Rio Communities Optimist Club. President Marilyn Winters said he was one of the driving forces in establishing the club.

“He knew there was a real need for something for kids to do in the community. The Optimist slogan is ‘Friend of Youth,’” Winters said. “He was always very active in everything we did.”

She called Brown an “eternal optimist. A true member in that he was a true optimist.”

Despite being a city councilor, many in the community didn’t know Brown’s health was declining, and that was how he wanted it, said Rio Communities Councilor Peggy Gutjahr.

“He didn’t want people to be maudlin. Bill was very caring. He went out of he way to make people feel good and to be very welcoming,” Gutjahr said. “He wanted to bring people along.”

Gutjahr described him as kind, very intelligent and determined, standing by his principles as a councilor.

“He and I would go back and forth and disagree but he wouldn’t vote against his principles, and that was it,” she said. “After the vote, it was done. He wasn’t vindictive. It was over.

“He was a delight to work with. He wanted things to succeed. He was not in it for him.” 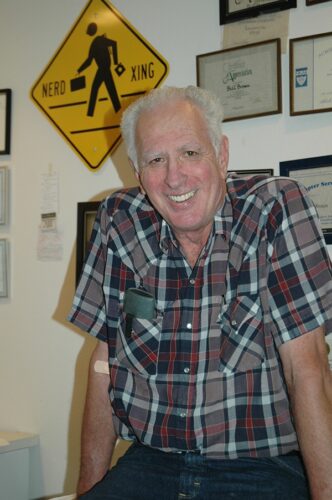 News-Bulletin file photo
In 2007, Bill Brown was named one of the Valencia County News-Bulletin’s Unsung Heroes

Brown announced his resignation from the city council on Sept. 12. At the Sept. 27 meeting, the council unanimously adopted a proclamation honoring his contributions to the community.

In his obituary, Brown wrote his life has been “rich with experiences, wonderment, fulfillment.”

He encouraged people to volunteer and “help others when and where you can, just as you know you received help when you were in need. We have all been there.”

Brown lived his life with no regrets, Sluder said.

“He said everything that happened had a purpose and made him who he is today. I have never met anyone so positive. He showed me the Optimist Creed and that was Bill,” she said.

The Optimist Creed, a series of promises to ones self, ends with the promise “… To be too large for worry, too noble for anger, too strong for fear, and too happy to permit the presence of trouble.”

There will be a public celebration of life for Bill Brown at 4 p.m., Monday, Oct. 11, at the Rio Grande Estates Fire Department, 108 Rio Communities Blvd. 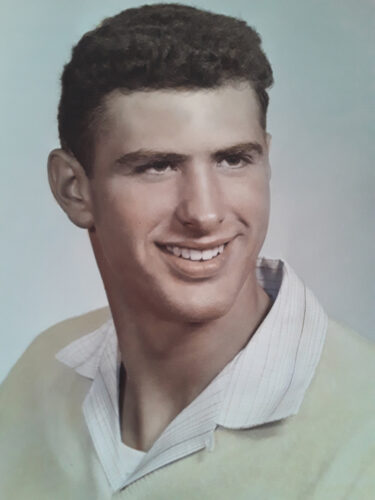 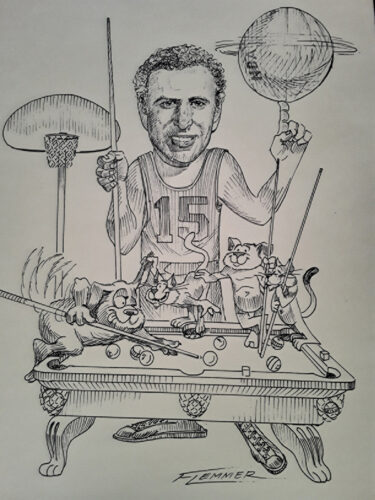