Frankie Valli: A night of music good as your mama’s home cooking

Lou Christie, The Association, Felix Cavaliere’s Rascals and Frankie Valli. Do you know these groups? If so, I hope you were able to see them live in concert at the Journal Pavilion Saturday night.

I arrived just in time to catch Lou Christie singing “Rhapsody in the Rain.” He went on to play only a handful of songs, then exited the stage.

The Association took the stage almost immediately after Christie and started off with “Along Comes Mary.” When they introduced the band, there were only two original members along with the son of one of the original band members (the keyboardist). The rest of the band was new, but they played classic Association songs. The Associ-ation played hits such as “Cherish,” “Wendy” and “Never My Love,” which was written some 38 years ago for the wife of one of the band members. “Never My Love” is also the third most played love song in America! So fellas, if you’re looking for a good love song for your girl, just listen to this one; you’ll win her over in a heartbeat!

After the Association, the lights came on for a brief intermission and to set up for the next act, Felix Cavaliere’s Rascals. Cavaliere took the stage and immediately started with “Good Lovin.'” From that point, he ran the show and had the audience’s full attention. Felix Cavaliere is a highly talented man who knows how to win a crowd over. He stood behind his keyboard and moved to the music. Songs such as “Groovin’,” “It’s a Beautiful Morning” and “How Can I Be Sure,” were played with heart and emotion like I’ve never seen at a concert before. Cavaliere also allowed his younger band members to do their own things, adding somewhat of a more up-to-date sound to some wonderfully classic music. At the end of his set, Calvaliere stated that he had time for one more song and that this song would have a small musical history in the middle of it. “People Got to Be Free” was the song and, to everyone’s amusement and pleasure, was a medley of songs including some by Jimi Hendrix and Led Zepplin. The song ended and the crowd was on its feet in joy, cheering and whistling. Felix Cavaliere definately stole the show.

Headlining the concert was Frankie Valli. The stage was set up and the crowd was ready. Four men in vinyl “leather” coats took the stage and you knew what was coming. The horn section starting playing “Grease,” and from the shadows came Frankie Valli, singing one of the most popular songs ever. Sounding as if he’d never grown older, he hit every high note with ease. Singing all his hits one by one, he had the crowd dancing. Complete with wardrobe changes (mainly just new coats), this was a show of shows. There was a horn section, a conductor, two bongo players, a guitarist, a bass player and four back-up singers/dancers.

My mom had such a good time traveling back in time for a night that she actually baked something from scratch for me the next day. I think I need to take her out more often. I hope that I get more chances like this one. 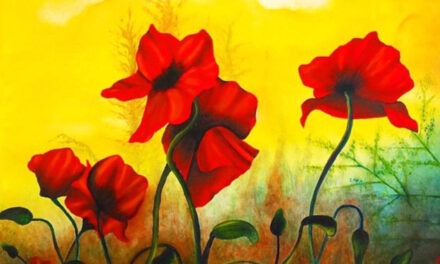