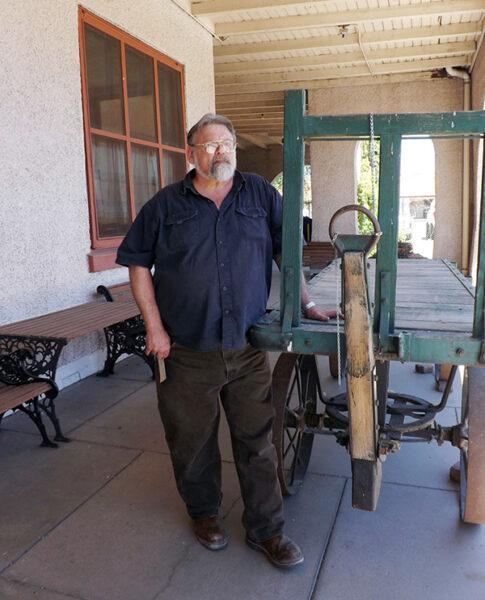 Jim Sloan loved Belen — its history, its culture and traditions, its buildings and, most of all, its people.

Sloan, who died Saturday, June 18, at the age of 66, was the keeper of Hub City history. As the volunteer historian at the Belen Harvey House Museum for about eight years and administrator of the Belen Memories Facebook page, he submerged himself in research and sharing his treasurers, whether it be old photographs or remembrances of way back when.

Those who knew Jim best say he was a gentle giant, who had a love for the city he grew up in and its people and places.

Frances Zeller, the museum coordinator at the Belen Harvey House Museum, said Jim, above all else, was really passionate about Belen and its history.

“Jim was the person who created an interest and sense of pride in this town,” Zeller said of her friend.

“We didn’t always get along; we did things differently,” she remembers. “I would tell him we had to be very meticulous and put up exhibits a certain way. He would get so excited and didn’t want to slow down. We really liked each other, though.”

The last time Zeller spoke with Jim was two days before his death. He told her his prized Harley Davidson motorcycle (and four-wheeler) had been stolen from his garage.

“He loved his motorcycle,” Zeller said. “We have a little sign in back the back of Harvey House that says, ‘No parking. This spot is reserved for a Harley.’”

When Zeller started working at the Harvey House about eight years ago, she was the “new” person in town and a lot of people didn’t know what to make of her. She met Jim at the Becker Street Pub, and after meeting just a few times, she said he would tell people, “Just give her a chance; she’s a really nice lady.”

“I was touched by that, and so I invited him to come and volunteer,” she said. “We made him an office and he’s been here ever since.”

Jim was Zeller’s “go-to” person when someone called about anything Belen-history related — from family photos, a building or a past event. At first, when someone called, she would get their number and relay it to Jim, but he loved for Zeller to give out his number.

“His purpose, I think, was promoting Belen’s history,” Zeller said. “He wanted to talk to everyone who would listen.”

One of her favorite memories of Jim was a project they worked on together, “The History of Belen, N.M., Through Postcards,” a video, which can be viewed at harveyhousemuseum.org/belen-in-postcards, in which Jim describes his treasured local postcards he collected over the years.

During his stint as Belen’s historian, he was recognized many times for his volunteer efforts and his passion for the community.

Jim Sloan grew up in Belen since he was 2 years old. He left after high school when he joined the U.S. Navy. After leaving the military, and for much of his early adult life, Sloan traveled across the western United States working in coal mines. In 2000, he got really sick, and was diagnosed with heart failure.

After he recovered at home in Belen, Jim decided to do something that made him happy — he began collecting historic postcards.

“In high school, I didn’t like history because it wasn’t local history,” Jim told the News-Bulletin in 2018. “Now that I look back, I’ve lived local history — I know it, I’ve done it, I’ve seen it or I’ve had friends who have done it.”

Jim collected anything and everything about Belen — from postcards and calendars to matchbooks and old bank notes. His love of the city and its people grew. The research became an addiction, he said.

“I have a good memory for some things and a bad for others,” he said with his distinctive raspy voice. “I can remember things from when I was a year and a half old — I proved it to my mom, but I remember a lot of different events and people, and photos bring a lot of that back.” 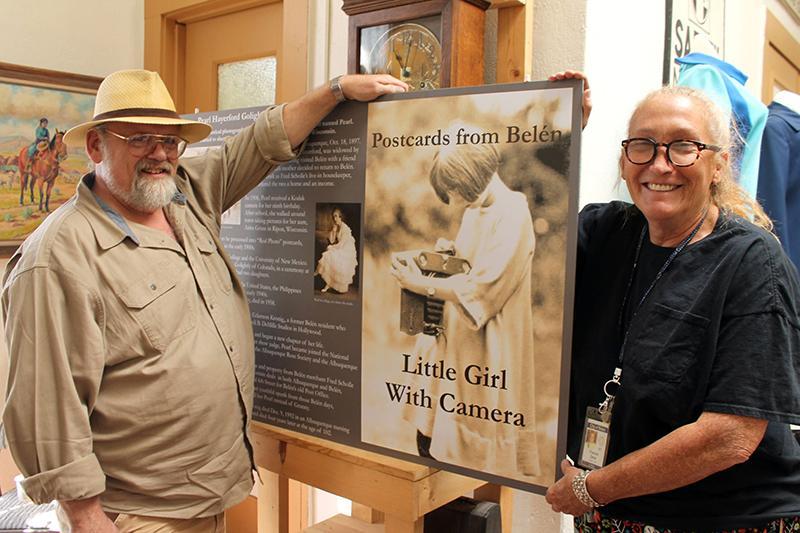 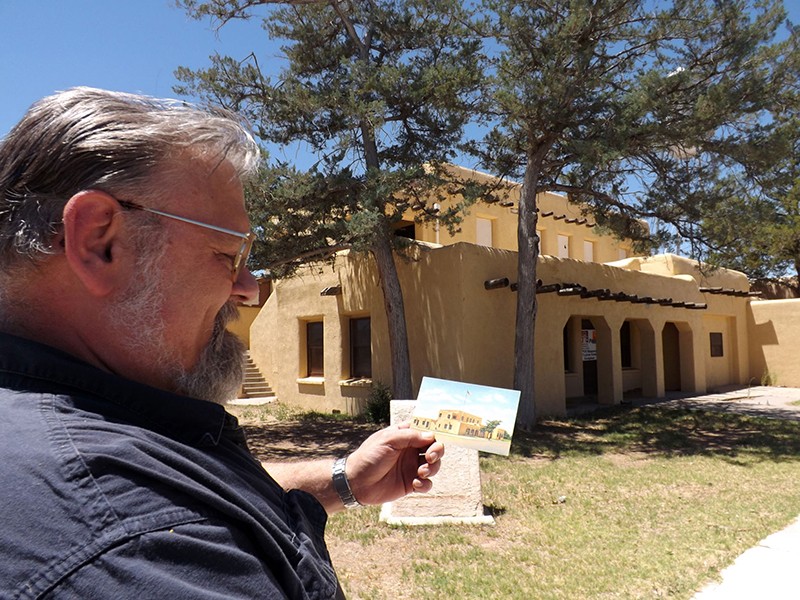 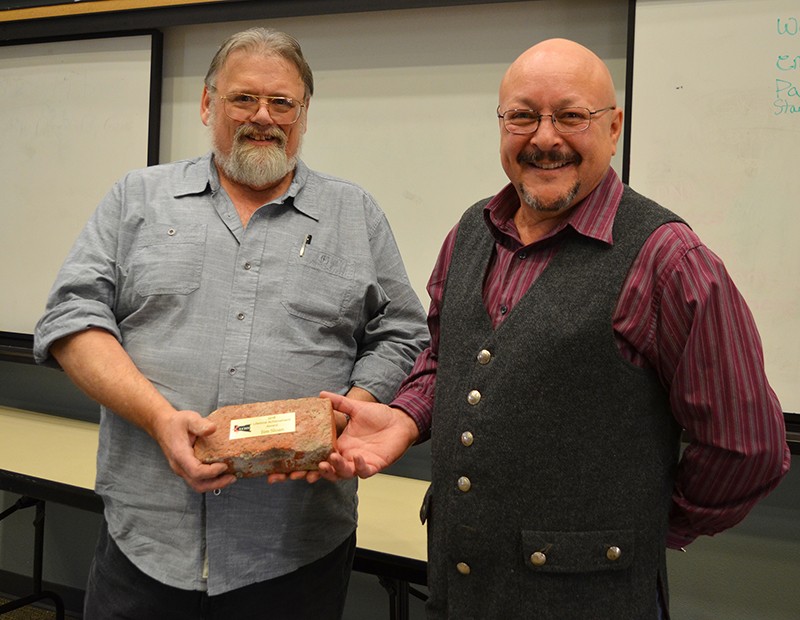 Jim was very proud of his hometown of Belen, but every chance he got, he would brag about his three children, Jimmy, Jason and Laura. Last month, the family lost Jimmy, something Laura and Jason are still trying to process.

“He was devastated … he couldn’t focus on his own life,” Laura said of her father’s grief. “He was so depressed, and was having a rough time. We were a real close family, and he made sure his relationships with us were good.”

Laura said her dad was “the smartest man on Earth,” and remembers he had a tool for everything. When he was the foreman at the gravel pit, Laura was sure that her dad made all the rocks.

Jason said he has a lot of good memories of his father, especially when he was younger.

“He made sure we always had go-carts and dirt bikes; he was always riding,” Jason remembers. “We were always out in the shop or out riding.”

Sloan passed down his love of motorcycles to both Jason and Jimmy, with Jason recently buying a Harley Davidson himself.

“We got to ride a couple of times together, but not a lot — not enough,” Jason said.

While Jim was very proud of his children, they were equally as proud of him.

“He definitely loved the history of the town,” Jason said. “That kept him busy when he couldn’t get around. Then when he could, he was all over the place and helping preserving the history.”

Sloan, along with fellow historian, Dr. Richard Melzer, have been contributing to the News-Bulletin’s “Remember When” and “Days Gone By” section for several years. Jim would submit photos of notable people and sights throughout Valencia County to be published every week.

Melzer, president of the Valencia County Historical Society, said, “Belen was truly blessed to have such a loyal, dedicated, hard-working, humble historian like Jim Sloan. It is hard to imagine our community without this tireless, kind leader and great friend.”

Melzer said he never had a questions that Jim wasn’t able to answer, or suggest where to look for the answer. The retired college history professor said whenever he needed a photo, Jim would “search into the night until he found the one I wanted.”

“He almost single-handedly had the Valencia County News-Bulletin converted into microfilm. We discussed how it could be done until he did the research, solved all problems, and got it done,” Melzer said. “At one point, he even explored the possibility of converting the newspaper manually, one page image at a time …

“Fortunately, he came up with a better, less labor-intensive way to have the paper microfilmed so that he and all historians could use this great resource. He was always sending me emails with interesting articles he knew I would enjoy from old News-Bulletins.”

Because of his and other’s research and dedication in preserving historic buildings, the old Belen City Hall was placed National Register of Historic Places in 2019.

“I never had to go to jail there,” Jim said at the time. “I’d go in the old City Hall and I thought it was dark and dank. The vigas in the ceilings were painted a dark brown and it was also so dark in there.

“The floors squeaked, which was cool, but I didn’t think much about it — until I started researching history in the past 20 years that I came to appreciate it,” he said. “It’s really the center part of Belen. It’s really the heart of Belen. That’s the second village hall. The first one was torn down.”

Along with being the official volunteer Belen historian at the Harvey House, Sloan belonged to a number of boards and committees, including the Valencia County Historical Society, the Belen Historic Properties Review Board, Friends of the Belen Harvey House Museum, the Belen MainStreet Partnership and the newly-created Valencia County Archive Collaborative.

Belen Mayor Robert Noblin remembers Jim fondly, saying the historian was a bit mad at him when he purchased an old house on Fifth Street next to his funeral business just to demolish it for more parking.

“After some conversation, (Jim) concluded with, ‘If you’ll just save me some bricks when they tear it down, I’d like those for my collection,’” Noblin remembers. “I saved the bricks and mentioned them to him when his son, Jimmy, died. He said, ‘Thanks Robert, I will go by to pick those up.’”

Jim never had the chance to pick up the bricks, but one will be placed at the foot of his casket.

“We had a deal,” Noblin said. “And to have him honored with services at the Harvey House speaks volumes of his years of commitment and dedication to Belen’s history.” 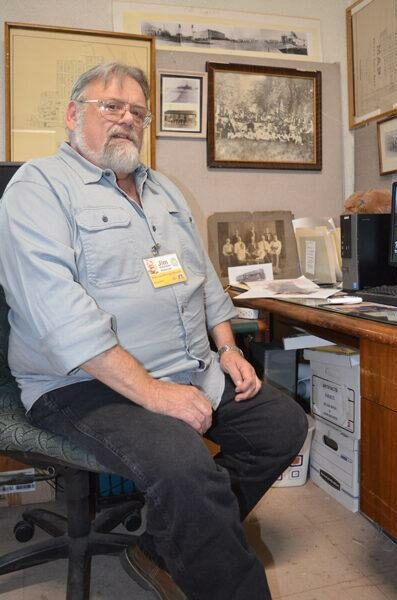 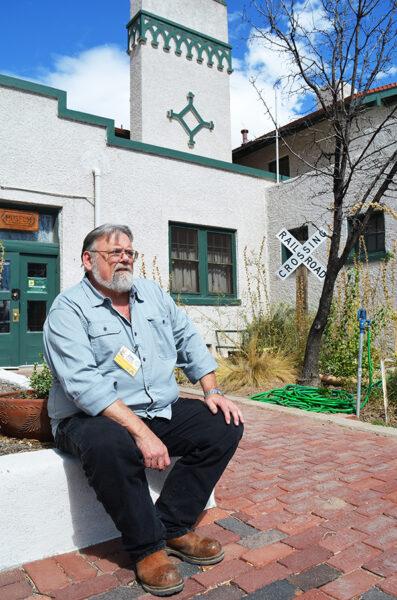 Services for Jim Sloan will begin with a viewing at 9:30 a.m., Thursday, June 23, at the Belen Harvey House Museum. A funeral service will start at 10:30 a.m., and burial will follow at the Our Lady of Belen Memorial Gardens.

Jim always said the Hub City has a long, rich history, and the heritage continues to make Belen a unique place. Having attended to history for years, Sloan hoped others would continue to treasure local life stories of Belen. Jim Sloan is now one of them. 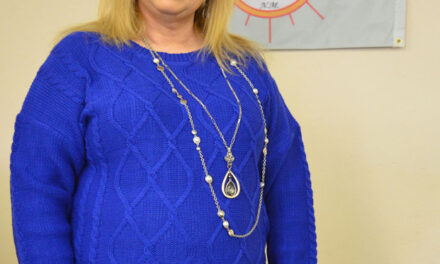 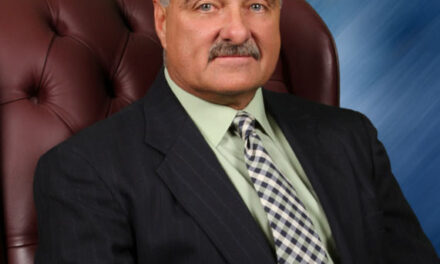 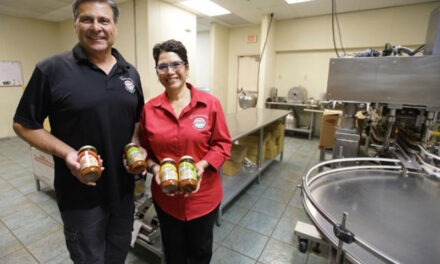