Letters to the Editor (Dec. 9) 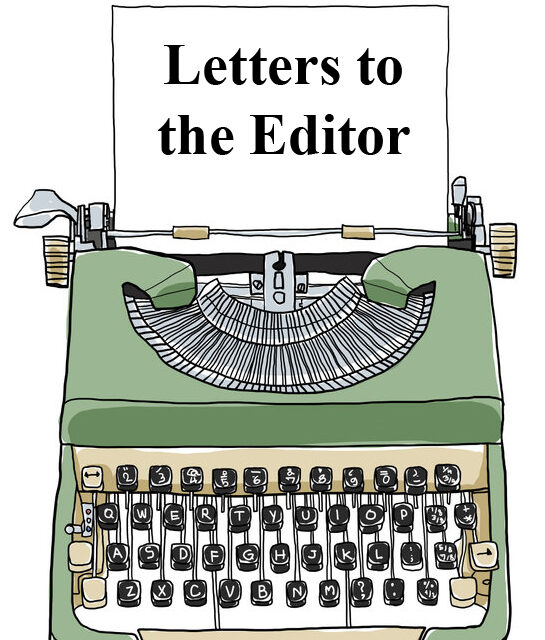 A lot of heroes

I’m tired of all the hand-wringing so let’s talk about good things instead — heroes who’ve done their difficult jobs very well indeed.

Chef José Andrés is head of the World Central Kitchen, a non-profit, non-governmental organization. WCK flies into whatever place people are suffering from disasters, sets up their kitchens, and starts feeding refugees, victims, and first responders.

In September and August of 2021 alone, WCK fed victims of the La Palma volcanic eruption, people sheltering under the bridge in Del Rio, Texas, people left without power in Louisiana after Hurricane Ida, and people in Haiti after the 7.2 earthquake. We’re not talking a few hot dogs. WCK served more than 1,250,000 meals in India during their horrendous COVID-19 Delta wave. Chef Andrés does his job so well that Jeff Bezos just contributed $100 million to WCK.

Then there’s Boyan Slat, the Dutch high school kid who invented a way to remove plastic pollution from the world’s oceans. He started college but soon quit to devote his time to The Ocean Cleanup, the organization he founded to turn his invention into reality. He raised money through crowd-funding, went through several versions of his idea, and was told by experts it wouldn’t work. But Slat did his job so well that in July 2021, his System 002 gathered 20,000 pounds of ocean trash in one run.

The late Bob Moses, anti-war activist and Civil Rights hero, spent his early years involved with SNCC, CORE, NAACP, and SCLC. He also co-founded the Mississippi Freedom Democratic Party. But in his later years he turned to teaching math. He came to see math literacy as the gateway to higher education and better jobs.

In 1982, he received a MacArthur Fellowship. He used the award to create the Algebra Project, enlisting the support of parents, teachers and community for expanded math classes. He did his job so well that in 2006, the Algebra Project received an award from the National Science Foundation to improve the materials for the nation’s Algebra I classes.

And that’s just the guys. There are way too many women heroes for this letter.

Facebook is a for-profit company that benefits from hundreds of millions of dollars in tax incentives by having a data center located in Los Lunas.

Facebook likes to distract Valencia County with grant programs. Through these grants, Valencia County has received iPads for the schools, STEM programs at the library and wireless internet in rural areas. But these programs come nowhere close to compensating for the loss in tax revenue that occurs due to deals the company has negotiated.

The Los Lunas data center sits on 750 acres of mesa … land that used to be pasture for sheep. The 30 data halls house rows and rows of computers that require water (and water rights) to keep them cool. Facebook regularly promotes the idea that this data center uses less water than most, but at 113 acre feet water/year in the desert, I wonder if farmers could find a better use for this water.

Why are we giving millions of dollars to an already-wealthy company, and then thanking them when they dole out small amounts of money in the name of helping the local community? These school iPads and internet services pale in comparison to money Facebook is reaping from our community in land access, water utilization and tax incentives.

If our experiment of allowing Facebook’s utilization of our community and it’s resources fail, will the company stick around to help us repair after our community has run out of resources to “give”?

Letters to the Editor (April 29)

Paw it forward: Paper or plastic?