The parade was tentatively planned for this Friday but was pushed back due to the governor’s orders, said Acting Superintendent Walt Gibson.

In a letter dated May 14 that was sent out to parents, Gibson said virtual graduation ceremonies will move forward as planned but no large-group gathering is permitted. 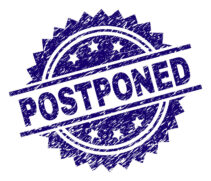 “While we have continued to plan for a ‘Reverse Parade’ at Daniel Fernandez Park, originally scheduled for May 22nd, we will have to postpone that event to a later date should the governor relax restrictions at some point in the next few months,” Gibson said in the letter. “Also, we have not completely discounted a traditional graduation ceremony at the high schools should conditions improve dramatically.”

Gibson said in a phone interview on Tuesday that the district and collaborating agencies for the project will wait to see what new restrictions the governor sets in the near future.

During a special meeting earlier this month, the district proposed holding the celebrations for Valencia and Los Lunas high schools on the same day that would’ve been their graduation date, May 22.

Century High School faculty expressed wishes to have their own parade on their campus since their graduating class is much smaller number of students.

“By having a reverse parade, I mean students would be the ones standing in place while families and well-wishers would be coming to greet them,” Gibson said during the meeting. “The village fire and police officials have experience with celebrations at Daniel Fernandez park. It’s easily accessible from 314, we could control traffic in and out and we think we can effectively social-distance the kids in the graduating classes.”

Students would stand nine feet apart in alphabetical order inside the park and traffic would come in from NM 314 southbound, turn into the park and make a loop.

The family members in their vehicles will exit the park and continue south on New Mexico Highway 314 while the Los Lunas Police Department directs traffic.

Los Lunas Parks and Recreation Supervisor Marcos Castillo brought up the idea which was inspired by a high school in Carlsbad that had proposed doing the same thing.

Castillo said one of the reasons why they opted out of doing a normal parade was because obtaining permits for the event through the New Mexico Department of Transportation would have been very difficult and unlikely that it would have been approved. Other potential issues included creating traffic on Main Street and large groups of people violating social distancing guidelines. 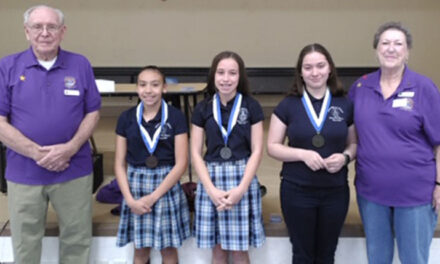 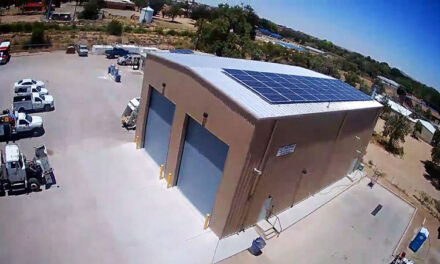