Wanda loved cooking and spending time at the lake and outdoors. She also enjoyed all genres of music and helping her husband with car mechanics.

Wanda was generous, caring and had a big heart for both people and animals. She was a longtime member of the Belen Moose Lodge 1680. Her loud and echoing laugh will never be forgotten.

Wanda is preceded in death by her father, Kenneth E. Northcutt Jr.; her grandparents, and sister-in-law, Diane Arvizu Routzen.

All services will be held at the Noblin Funeral Service Belen Chapel, 418 W. Reinken Ave., on Thursday, Aug. 20, beginning with a viewing from 9-11 a.m., followed by a funeral service. Due to COVID-19 restrictions, masks will be required.

Wanda will be laid to rest immediately following the service at Sunset Memorial Park.

In lieu of flowers, the family requests contributions to Mooseheart at mooseheart.org

She was a member of Our Lady of Guadalupe Catholic Church.

Mildred was preceded in death by her husband, William B. Babik; and parents, John and Julia Kratochvil.

She is survived by her daughter, Beverly Ann Babik, of Belen; son, William S. Babik, of Cleveland, Ohio; grandchildren, Shannon Rosa and husband, John of Gilbert, Ariz.; and many great-grandchildren. 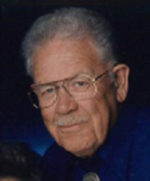 Nobody was more surprised than Onesimo Bustamante that he lived to a vital 97 years of age. But he was happy to make full use of the opportunity.

In between, he helped his father in his farming and general store businesses, worked in the coal operations in Raton, joined the CCC service using his older brother’s identity because he was too young to join, worked in Denver and San Francisco, and generally sowed wild oats.

Onesimo came home in 1945, married Josie in 1947, and settled down to create and raise a family. He worked the fluorspar mines in the Zuni Mountains and then started working in the burgeoning uranium industry in and around Grants, N.M. After 10 years of working for “the other guy,” he opened a gas and service station in Grants. That little business fed and educated his six children because of his and Josie’s unmatched work ethic and frugality.

His six children all finished college educations because of the opportunity they provided. Upon retiring, he and Josie moved to Belen, where he once again started farming. Onesimo was rightly proud of and happy with his garden, producing excellent chile, corn, melons and squash. He took wonderful care of Josie as she approached her end two years ago.

Onesimo leaves behind six children, Michael, Margaret (Tim), Veronica, Clara (Greg), Edward and Richard; nine grandchildren, who had the privilege of knowing him into their adulthood, seven great-grandchildren and one “bun in the oven.”

We will miss him terribly for his youthful outlook, repeated stories, guidance, generosity and mentorship.

The family would like to thank the staff at Woodmark Uptown for the wonderful care they provided in his final days.

Ruben was a well-known barber in Albuquerque, where he had his barbershop for 42 years. He was a devoted Catholic and active member of Our Lady of Sorrows Parish in La Joya and San Isidro Mission in Las Nutrias, where he served as an usher for many years. Throughout his life, especially in his last days, he constantly proclaimed Christ as his savior.

He also volunteered with the St. Vincent de Paul Society. Ruben and his wife, Angie, served as Mayordomos at San Isidro Mission 11 times, where he regularly cleaned the church grounds. His love and devotion to the Lord has been passed on to his sons, daughter-in-law and family.

His dedication and love to his family was immeasurable. He loved his grandchildren with all his heart, where they each held a special place. He greeted everyone with a warm hello and knuckles. Ruben’s patience, honesty, kindness, non-judgmental and welcoming ways will live on forever.

He truly embodied the fruits of the spirit found in Galatians 5:22, “But the fruit of the spirit is love, joy, peace, longsuffering, kindness, goodness, and faithfulness.”

We would like to extend a special thank you to the nurses at Ambercare, Jackie, Marie, Beth and Francine. A very special thank you to Jodi, who brightened his day with her kindness. We would like to thank Elfa and Lorraine, who were at our side through everything, and his brother-in-law, Henry, who stopped by every morning for coffee and “chisme.” Our gratitude also to Deborah Torres-Chavez.

The Mass of Resurrection was celebrated on Monday, Aug. 10, at San Isidro Mission in Las Nutrias, presided by Fr. Tobe Olouha. Interment followed at the Las Nutrias Catholic Cemetery.

Quevo! Till we meet again.

Daniel graduated from Belen High School in 1989, and had been living in Las Vegas, Nev., at the time of his death. He was known for his above-average talent and creativity with woods and plastics. Daniel was also a very talented chef.

Due to current circumstances, there will be a private service for family and close friends at a later date.

Robert James Mulvaney, age 71, a resident of Belen, passed away on Saturday, Aug. 15, 2020, after bravely fighting cancer for more than 16 years.

He was born Feb. 25, 1949, in Queens, N.Y. Robert graduated from St. Mary’s High School in Manchester, N.Y. Robert received his nursing degree from Adelphi University, N.Y. He married the love of his life, Rebecca Bebee, in 1997 and welcomed their daughter, Veronica, in 1997.

Robert volunteered for the infantry in the Army and fought for his country in the Vietnam War. After nursing school, he joined the United States Air Force as an officer. Robert took a break from nursing to become a stock broker, becoming the oldest person to pass the Series 7 exam. He returned to nursing working at the VA hospital until diagnosed with multiple myeloma due to Agent Orange in 2004.

Robert was preceded in death by his parents, Catherine Meehan and Robert Mulvaney.

All services will be held at Calvary Chapel Rio Grande Valley, on Monday, Aug. 24, beginning with a visitation at 9:30 a.m., followed by a funeral service at 10 a.m. Interment will be at 12:30 p.m., Tuesday, Aug. 25, at Santa Fe National Cemetery.

In lieu of flowers, donations can be given to Canon Christian Academy in Robert’s name.

Georgia Seery, of Socorro, passed peacefully on Aug. 10, 2020, after a courageous battle with bladder cancer.

Georgia was one of 10 children of Arva and William Taylor Pigg, born Aug. 7, 1924, on a farm eight miles southeast of Weatherford, Okla. She attended grade school in a little red brick school house, went to high school in Colony, Okla., participating in chorus, basketball and softball.

Georgia attended Southwest Institute of Technology (SW Oklahoma State) in Weatherford, Okla., earning a Bachelor of Science degree in education in 1945. Georgia had extensive studies and training in radio engineering during World War II at the University of Oklahoma, and hands-on training as a radio repairwoman at Dayton, Ohio, until August 1944.

She received her master’s degree in physical education at Colorado College of Education in Greely, Colo., studying during summer months in 1948, ’49, ’53, ’54, graduating in 1954. Georgia was employed by Socorro Consolidated Schools for 35 years, beginning in 1945. Her career in Socorro included teaching, English, mathematics, physical education, commercial/business sources, such as typing and shorthand; and coaching gymnastics, volleyball and golf.

She always stated she was a teacher, not a coach. She was involved in numerous organizations, including the National Education Association, a life member in American Association of Health, Physical Education an Recreation, and the Pi Lambda Theta.

For a number of years, she taught swimming aerobics to elder citizens. Yet, she still found time to play bridge and organize and manage the church rummage sales.

Georgia is preceded in death by her husband, Carl.

The couple had no children, other than the many boys and girls of Socorro High School. Georgia’s belief was “Nothing a teacher does for a child is every wasted.”

There are currently no public services scheduled for Georgia.

Mr. Sweeney worked for the Central New Mexico Correctional Facility for 22 years. He rose through the ranks from officer to major.

In 2015, Andrew took on a new assignment in the Security Threat Intelligence Unit. He served as the STIU statewide administrator and acting STIU deputy director.

Andrew and his wife became foster parents for children with special needs in Valencia County. In September 2017, they received the Foster Parents of the Year Appreciation Award. Later, they became adoptive parents.

Many children in the community call him Dad. Andrew was very proud of his family and took pride in being a father and loving husband.

He was devoted to God and put Him first in his life. The Lord called home a mighty soldier.

He is preceded in death by his father, David Sweeney; and brother, Jerome Sweeney.

A celebration of his life will be announced at a later time.

Jose Torres, age 97, a resident of Peralta, passed away peacefully on Wednesday, Aug. 12, 2020, surrounded by family.

He served in World War II and was awarded three Bronze Stars.

He is preceded in passing by his sons, Joe-Rey and Bob Torres.

He enjoyed hunting and fishing and worked hard all his life.

A memorial service was held on Tuesday, Aug. 18. Interment will take place at a later date at Santa Fe National Cemetery.

Arrangements are being handled by the caring professionals at the Noblin Funeral Service Los Lunas Chapel, 2211-D Main St., 866-9992, noblin.com. 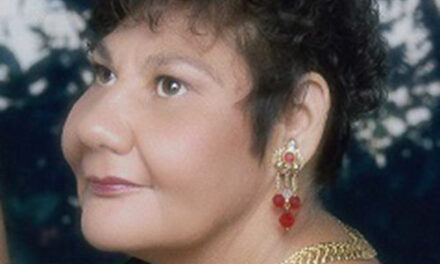