LOS LUNAS — The Los Lunas Board of Education discussed possible changes to its public comment policy to make it easier for parents, students and community members to address the board.

The proposal received mixed reactions from board members at last week’s board meeting.

“Our school community is in the tens of thousands, and I believe anybody should have the opportunity to become involved in that within reason,” said board member Bryan Smith, who presented his proposed changes to the policy to the rest of the board during its July 19 meeting. “I didn’t take anything out of the board policy that’s going to allow somebody to come in here to talk about personal issues or a particular student.”

According to the current board policy, public comment is limited to agenda items only and will only be permitted if a “Public Comment Form” is filled out and submitted to the superintendent’s office prior to the meeting.

According to superintendent Arsenio Romero, these forms may be submitted the evening of the meeting.

Legally, in accordance with the Open Meetings Act, a final agenda does not need to be released publicly until 72 hours prior to the meeting.

If a community member wishes to address the board on an item which is not already on the agenda, they can submit a request in writing to the superintendent’s office no later than 10 days prior to the scheduled board meeting for review.

Smith proposed allowing anybody in the school community to address the board on more than just topics on the agenda. He asked for a permanent public comment section, with a list of people wanting to address the board reviewed by the board president prior to any given meeting to see if subject matter is appropriate for a public setting.

Smith also proposed asking the public comment period be limited to three minutes rather than the current five minutes.

Smith presented similar changes in 2015 to amend the 2011 policy; however, the changes were voted down in a 3-1 vote, with Smith being the only board member at the time to vote in favor.

Similar to his 2015 proposal, Smith also received some push back from other board members, with board president Tina Garcia and board secretary Bruce Bennett expressing concerns about the proposed changes.

Garcia pointed out that an avenue to address the board does exist and allows for board members to be prepared as to what will be brought before them.

“I think it’s also important to state that the reason it’s restricted the way it is, is to keep us out of trouble, to keep the board out of trouble from saying comments, shaking our heads, nodding or agreeing or disagreeing with something someone might say in a public comment forum,” Garcia said.

Board members David Vickers and Eloy Giron said they would consider the policy changes, but wanted to see what other school districts are doing to regulate public comment.

Smith said he had plans to request this item be placed on a future agenda, seeking approval of the changes. As of publication of this article, the next agenda for the Los Lunas Board of Education has yet to be made public for its Aug. 16 meeting. 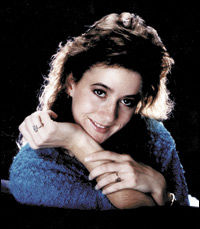