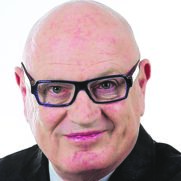 Businesses of all kinds face the following facts: most Americans (53 percent), according to a recent Washington Post-ABC News poll, believe the Supreme Court is wrong and that the court should uphold the landmark ruling that established a constitutional right to abortion. Only 28 percent believe it should be overturned.

Nonetheless, if the Supreme Court hands down its expected decision to overturn Roe v. Wade, 13 states have trigger laws banning abortion that immediately go into effect. Another 14 states have more restrictive abortion laws that will kick in at the same time.

Since about half of the U.S. workforce is comprised of women and given that one in four U.S. women will likely have an abortion by the age of 45, this will have legal ramifications for a vast number of companies.

How, for example, will companies domiciled or headquartered in one of those anti-abortion states contend with a female workforce who may disagree with the courts and their resident states’ decision? What if a portion of a company’s female workforce want to transfer out of these states?

And while some states will limit or make abortion illegal, other states, such as Massachusetts, New York and California, will be moving in the opposite direction. They are planning on becoming sanctuary states for women who desire abortions but can’t obtain them without traveling out of state. That could leave businesses in a political tug of war between various states.

Companies such as Yelp, Amazon and Citibank (among others) have already promised to reimburse employees who travel for abortions. Legally, that may fall into a gray area depending on a state’s interpretation of their anti-abortion legislation.

Conservatives in Congress have already begun to retaliate against those companies that they perceive as pro-abortion companies. Citigroup, one of the largest banks in the U.S., has been targeted by conservatives who want the House and Senate to cancel the company’s contracts to issue credit cards to lawmakers.

In Texas, a state lawmaker introduced a bill that would prevent companies who provide their employees with abortion-related benefits from doing business with local governments. In Florida, Disney has already felt the economic backlash of Gov. Ron DeSantis’ campaign against the LGBTQ+ community.

Sen. Mark Rubio introduced a bill, the “No Tax Breaks for Radical Corporate Activism Act,” which would prevent employers from deducting travel expenses for their workers’ abortions. This is in direct response to Citigroup, Apple, Yelp, Levi’s, Match Group and Amazon, who have already announced they plan to reimburse travel costs to access abortion if their employees live in a state where it becomes illegal.

Technology companies have even more difficult issues to deal with. Dozens of large tech companies are headquartered in the states preparing to ban or restrict abortions. In the anti-abortion states, legal enforcement of the new laws may mean that user data could be a tool to enforce and pursue those who break those laws.

User data is often bought and sold by third parties who then use that information to effectively target advertising. This data normally includes the location of a person’s phone, the applications they use, (for instance, ride-hailing), and the user’s search history.  There is also an array of health tech, femtech and other medical-based applications that track and target women, their menstrual cycles, medications and sexual activity. All of these apps, while promising privacy, are not immune from law enforcement and a court’s subpoena power.

Could a local sheriff’s department subpoena the IP address of someone or some organization they suspect are violating or have violated the statutes of new anti-abortion laws? Could state authorities demand tracking data from a tech company like Facebook, Apple or Google that may or may not show visits to an abortion clinic out of state?

I know this is beginning to sound like the workings of a police state, such as one would find in China or Russia, but given the background, it is reasonable to at least plan for the worst. Companies may try to downplay the significance of this issue, but the end of Roe v. Wade will open up the question of protection of health care access for their workforce.

As has been shown in the past, consumers identify with companies and their brands that support their causes, while an employees’ identity can be tied to ethical positions of the companies they work for. About the only good thing one can say is that companies still have a little time to plan and decide their response. The clock is ticking.

Letters to the Editor (March 18)