The players in the upcoming Passion Project showed off the costumes they will wear when they perform April 12 to 14 at 7 p.m. at the First Baptist Church of Bosque Farms, 1350 Bosque Farms Blvd.

The play tells the story of the last few hours of Christ.

The performance includes actors and actresses from several churches around Valencia County and Albuquer-que, as well as live animals — goats, chickens, horses and a donkey, ridden by the actor portraying Christ.

It’s called an outdoor musical drama and is performed on two stages behind the parking lot to the east of the church.

About 100 people are in the production, including about 40 who work backstage.

The play was spearheaded by Pastor Shawn Davis, who said, “It’s a collaboration of authors.”

This is the third year that the First Baptist Church of Bosque Farms has sponsored the Passion Project.

“We can spread the word throughout Valencia County about a story that actually happened,” said Jonathan Bock, one of the young actors.

Sue Demers said, when she performs, she feels like she’s part of the story. “We’re not acting. It’s real,” she said. 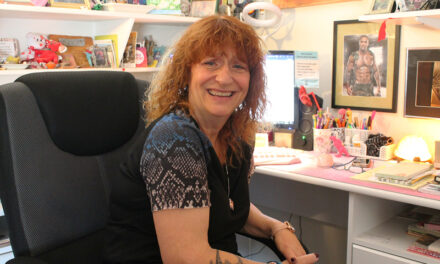