What seemed like gale force winds stopped Saturday’s matchup between the Los Lunas High School baseball team and visiting Valley High School twice in the bottom of the fifth inning. And may have helped the Tigers beat the Vikings, 8-7.

“That wind kind of helped us, I guess,” Tiger head coach Steve Contreras said of the fifth inning fiasco. “This game was a little bit of a distraction for us, playing a non-district game in the middle of the district season.”

In the bottom of the fifth, the Tigers scored two runs. J.D. Garica led off the inning with a single. Battling the wind and dirt, Viking pitcher Angelo Cordova proceeded to walk in one run and balk in another to allow the Tigers to tie the game, 4-4.

The Vikings struck first with a run in the top of the third inning. The Tigers got out of the inning thanks to a less-than-conventional double play pulled off by Christian Rael, Carlos Castillo and James Alarcon.

With a Valley runner on first base, Rael struck out Valley’s Ryan Bowman, but catcher Castillo dropped the third strike. To complete the double play, Castillo picked up the ball and gunned down Cordova as the runner tried to get back to first base.

The Tigers rallied back in the bottom of the fourth to take a 2-1 lead. Nathan Romero led off the inning with a double to the center field wall. Josh Hernandez followed with a triple to score Romero. Castillo then hit a long fly ball to left field that was caught but gave Hernandez enough time to score.

“This (win) was a good look for us,” Contreras said. “We played probably the hottest team in Albuquerque right now. They’re (Valley) 4-0 or 5-0 in their district right now.”

Valley put together a rally in the fifth inning. Ernie Saiz hit a three-run homer to give the Vikings a 4-2 lead. Then came the winds, and the Tigers tied things up in the bottom of the inning.

The Tigers didn’t allow the visitors to score in the sixth when reliever Xavier Alverado came in and struck out two batters while the third was thrown out at second.

In the bottom of the inning, Matt Baca led things off for the Tigers with a double to the wall, followed by walks to J.D. Garcia and Christian Rael. Romero then executed a squeeze bunt with pinpoint precision to score Baca. Hernandez and Castillo each followed with RBI singles. The Tigers plated four runners in the bottom of the sixth to regain the lead, 8-4.

“We came out a little flat, which can’t happen again,” Contreras said. “The boys overcame a little bit of adversity. We found ourselves down by a couple of runs in the middle of the ballgame, but we kept pushing and hitting the ball.”

To start off the seventh inning, the Tigers moved Castillo from behind the plate on to the mound to finish off the Vikings. Castillo started off a little shaky, giving up a leadoff double, two walks and a single. But the senior found his groove and struck out two batters to hold the Vikings at bay.

“It took me a little while to get comfortable and get loose,” Castillo said. “Once I got comfortable, I got the ground balls and the outs I needed.

“This win didn’t really do anything for our record,” he continued, “but it helped us with our winning streak, and, hopefully, it will carry over to our district season.”

With the win, the Tigers improved to 10-5 overall. They entered Tuesday’s game against defending District 3-5A champion Alamogordo with a 4-1 district record. That game was a battle for first place in the district race (no score was available at News-Bulletin press time).

“We have a saying here this year, and it is: ‘The road to the district title runs through Alamogordo,'” Contreras said. “Tuesday’s game is the first of three games we play against Alamo, and we need to win.” 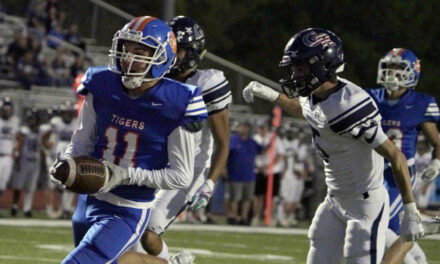 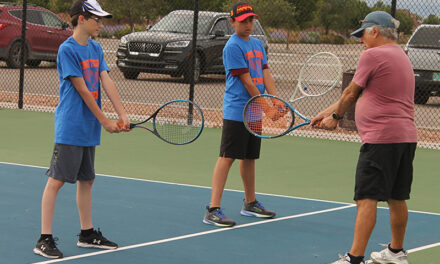 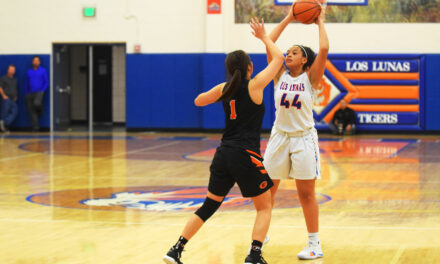