A tragic event in one minister’s life turned into an opportunity for another pastor to serve God and the people of Belen.

“I really thought I was to go in a different direction,” said Dr. Bruce Baker, new minister at the First Baptist Church in Belen. “I was going to start a new church in Texas. But a series of events happened, and I here I am.”

A death of a teenager connected Baker to Belen in an unexpected way.

Baker was a staff evangelist at the First Baptist Church of Lake Jackson at the time and went to comfort the family. While visiting with Partain, he discovered the Belen church was looking for a pastor.

“I didn’t respond to the opportunity at first. But when the selection committee sent me a letter after Calvin returned to New Mexico, I decided to follow up on it,” Baker said.

Baker and his wife, Penny, were trying to establish a computer consulting business which could support them as they started a new church.

Baker and his family, including three children — C.J., 15, Stephanie, 13, and Greg, 9 — have decided to make Belen their new home.

“This is different from where I’ve been in the past,” he said. “Not just the landscape, but the size of town as well. In the past I’ve been in larger cities, where I was performing an urban, metropolitan ministry. It’s going to be nice to be in the smaller community.”

For the past four years, while serving at the Lake Jackson church, Baker also was the senior Bible instructor at Brazosport Junior College, as well as a computer sciences instructor at the college.

Before moving to Lake Jackson, he was pastor at churches in Eldorado, Ark., Baytown, Texas, and Tioga, Texas.

The First Baptist Church of Belen’s congregation approved Baker as their pastor on March 17, and he conducted his first service in New Mexico on March 24.

“I want to make spiritual things accessible to people,” Baker said of his new position. “If people are going to a church and have an active spiritual life, I say, ‘God bless them.’

“If they are not currently going to a church and are in a place where they can grow spiritually through Bible study and preaching, we want them to come here.”

One of the first series of messages Baker is planning is the “Keys of a Happier Home.” “Beginning on Mother’s Day, I will be presenting a series of messages about family practice which I have developed over the years at family life and marriage relationship conferences and seminars,” he said.

“Ministering today, compared to 50 years ago, or even 20 years ago, is different. Today’s demands have a dramatic impact on people’s lives. People need to find a balance in their life where they don’t compromise spiritual truth.”

During its minister search, the local church realized it has a desire to grow and reach more people. It wants to reach young families and reach more into the Hispanic population, according to the new minister.

“We are going to do some intentional outreach to have the church be more reflective of the community. We want to be everyone’s church. We don’t care about people’s ethnicity,” he said.

“Jesus died for everybody that calls on him. His ministry was about reaching out to people where they were and helping them awaken to a spiritual life. That is the example I follow.”

Baker brings experience working with the blue-collar economic group of the oil refinery town of Baytown, which is located near Houston, to his new assignment.

“When people are facing difficulties, they need to be reassured that no problem is insurmountable. They can overcome the difficulties. While my primary job is to help people in their spiritual walk, sometimes I have to help find solutions to their everyday problems,” he said.

“When people are in difficult circumstances in their life, they need guidance and help. The spiritual issues will come around, and then we’ll help them with them.”

The First Baptist Church is one of the largest churches in the county. Its former pastor, the Rev. Milford Misener, served the church for more than 30 years. 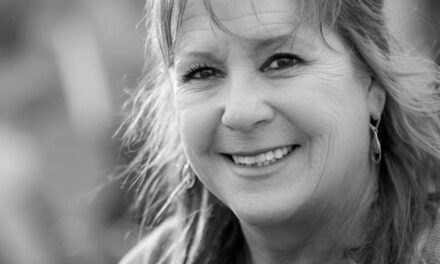 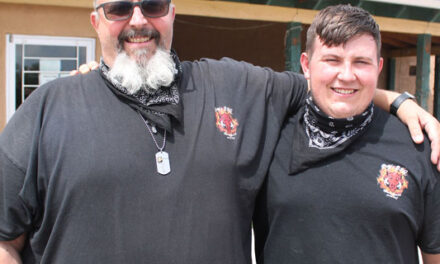