LOS LUNAS — Two board members who have been working to develop the School of Dreams Academy since it first welcomed students in the fall of 2009 said goodbye to the SODA Governing Council. 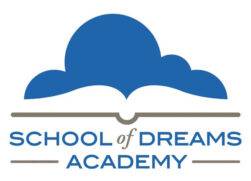 “They leave a lot of experience and expertise on the table,” said SODA Superintendent Mike Ogas. “They have always been very supportive and I think the school is going to miss them.”

Ogas said he has known both Chavez and Griego for most of his professional career, and commended them for their contributions to the charter school and the support they both have provided through the years.

“The school, itself, has been a blessing,” Chavez said. “We’ve come a long way. We’ve hit obstacles and roadblocks along the way, but everyone was very adamant about our mission and our vision.”

Chavez is looking at her departure from the council as more of a retirement as she shifts her focus towards other ways to engage youth in the community. She said the youth are the future, so she hopes to continue to nurture young people into community leaders.

“I just felt like it was time,” Chavez said. “There are so many things and so many changes coming. I do a lot of ministries for church, and I just feel like the Lord is leading me in a different direction.”

Chavez first became involved with School of Dreams Academy while she was working with Youth Development Inc., which provided ancillary services for the school in its early days. She then became a member of the governing council and has served as president for the past few years.

While Chavez plans to stay in Valencia County, Griego sent in his resignation after a move to Missouri so he could be closer to family.

“If I had been anywhere in the state of New Mexico, where I could go to meetings and be productive, then I would have stayed on the board,” Griego said. “But, in order to be a good board member, you have to be available, you have to be there.”

Griego first became involved with the charter school when it was still in its earliest phases of development. He said Ogas approached him following Griego’s retirement from Belen Consolidated Schools to be on the governing council for a new charter school in the area.

He then transitioned into an assistant principal for a few years, still serving as the faculty representative on the board, before coming back to the council as a member again.

“It was a labor of love, and I mean that sincerely,” Griego said. “It’s a cliche, but it’s what we were all about. It was a good thing.”

During his time with the charter school, Griego said seeing students who dropped out of traditional high school and are the first in their families to graduate, earn their high school diplomas was the most rewarding.

Applying to the board

Any individuals interested in the position are encouraged to apply by sending a letter of interest to Donna Jarvis Thomas at djarvis@sodacharter.com by noon, Wednesday, Aug. 17.

The School of Dreams Academy Governing Council is waiting to reorganize when new members are appointed during next month’s council meeting on Tuesday, Sept. 6.

The superintendent is encouraging anyone within the community to throw their name in the hat, whether a parent, professional or just someone interested in continuing the SODA’s mission of student success.

“I don’t think they would find any greater cause than joining us, trying to move the school forward,” Ogas said. “We’ve done a lot of work to build it where it is, but there is still a lot more work to be done.”