Last week, the Valencia County sheriff brought a plan to the county commissioners to address the department’s struggle to retain and recruit deputies due to its low pay rate.

“This is a problem of paramount importance — a problem that has affected us to the point of crisis,” said Valencia County Sheriff Denise Vigil.

For years, the Valencia County Sheriff’s Office has fought to hire certified and certifiable deputies and keep the ones it has, only to continuously lose them to agencies that could pay more.

“It’s not a lack of job satisfaction, loyalty to our agency or the community. It’s a lack of a living wage,” Vigil told the commissioners. “Deputies have spouses, children, mortgages and bills. When another agency makes a higher offer, their first loyalty is to their families.”

In order to raise the starting hourly rate for new hires and provide a raise to all sworn deputies currently with the department, four positions will be suspended and the money budgeted for them will be used for the increases.

“If we cannot keep and recruit quality officers; our ability to effectively police will decline and crime will rise,” the sheriff said. “We won’t be able to keep up with call volume and our civil liability will rise as deputies are forced to respond to dangerous calls without back up.”

The four positions being suspended include the professional standards officer, Vigil’s previous position with the department, a detective position that has been vacant for almost four years and two deputies — a field deputy and one deputy from the community response team, reducing it to three deputies and a sergeant.

“This decision was not taken lightly. The idea of reducing the number of sworn positions, to the public, must sound terrifying,” the sheriff said. “This will raise the pay for deputies and we will have more on the streets. The goal is to slow our losses and begin to increase our applicant pool.”

Out of the 53 sworn deputy positions in the VCSO budget, 11 are vacant.

“Our ranks would start to fill, then officers would leave, we’d restaff then lose them again,” he explained. “We were never getting close to filling those four positions. This will mean less on the books but more deputies on the streets.”

With the suspension of the four positions, starting hourly rates for certified officers will increase from $20 to $21.75, and uncertified from $18 to $19.75. All current deputies will get the $1.75 an hour pay bump. The increase is only for sworn deputies and does not include court security officers.

“We are able to give the pay raises without requesting extra funding in the budget. This isn’t costing the county more,” Kmatz said.

VCSO Chief Deputy Jeff Noah said the issue will be revisited by the department and the county commissioners during planning for the 2020-21 budget.

“If we’ve been able to fill and retain all the positions, we’ll look at bringing (the suspended four positions) back,” Noah said. “Nobody wants to get rid of the positions but we can do this to offer more money and hopefully that will mean more deputies will stay.”

Vigil told the commissioners it usually wasn’t a matter of finding applicants but rather the quality of the applicants.

“I have little doubt we could fill these positions but many applicants have been disqualified from the higher-paying agencies due to deficiencies, such as being terminated due to multiple policy violations, moral and ethical violations,” the sheriff said. “The people of Valencia County deserve to be served by the best qualified, morally and ethically sound officers.”

The deputy shortage has been a situation VCSO has faced for some time, said Commissioner Charles Eaton.

“… I can’t imagine the hardships … we, as the governing body, need to do our due diligence,” Eaton said.

He noted the board will soon have its annual retreat and said he hoped one outcome would be identifying potential new revenue streams.

“We need to absolutely make law enforcement and public safety a priority,” he said. “It’s not going to go away any time soon.”

“It does show the dedication our deputies and sheriff’s staff has,” Aragon said. “They love our community and are willing to stay here even though it’s difficult financially.

“I appreciate all the work (the sheriff’s) office does and them sticking it out. We are going to go into this retreat and look at those revenue streams.” 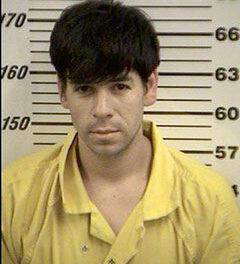 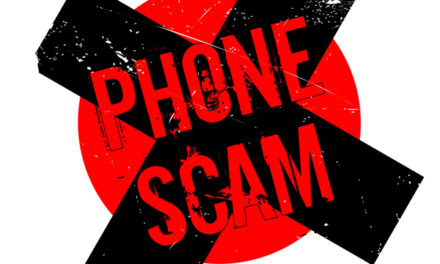