Teams from the Lone Star state left Enchantment Little League’s senior division all-star softball team abandoned on the side of the road that leads to next week’s World Series in Kentucky.

Enchantment lost the opening game of the tournament to East Texas.

Contacted near Farmington on their way home on Friday, the Enchantment detachment was upbeat after going 2-2 in the tournament.

“It was a successful week because we beat two good teams and we played well,” said head coach Lisa Chavez. “I’m proud of them.”

The core of Enchantment’s team was made up of eight girls who were playing in their third consecutive regional. They had also advanced this far while playing on state championship-winning major and junior division teams the last two years.

Those eight could have played another year at the junior level but decided to play up one division.

“We’re a younger team, so we did pretty good for that,” said Maria Sedillo. “We could have done better, though. I had confidence that we could have won.”

Enchantment was sent home by West Texas, a team from Midway Little League in Waco that has been to the Little League World Series numerous times.

“They’re an awesome team. They have one of the top pitchers in Texas,” coach Chavez said.

“The kids hung with them. The goal was to play as hard as they could and stay close enough so they might be able to pull it out in the end, and they did that.”

The game was scoreless through the first few innings. Midway broke the stalemate with a home run off Enchantment pitcher Cheryl Torres and bolstered its lead in the late innings. But Midway was never able to blow open the game.

“We didn’t give them the game, we battled through,” said catcher/pitcher Ashley Trujillo. “We only had one bad inning, really. Otherwise, we played with them.”

Monique Chavez, no relation to the coach, had two hits in the game. Martina Chavez, the coach’s daughter, collected a hit and went 6 for 11 for the week.

The week started on Tuesday after rain delayed Enchantment’s opener with East Texas by one day.

Aided by two-out errors in the first and second innings, East Texas tallied two runs in each inning to take a 4-0 lead. Enchantment never recovered and fell, 12-0, sending them to the losers’ bracket.

Later that day, Enchantment survived another day in the tournament with an 11-2 win over Grand Mesa, Colo.

The New Mexico team scored two runs in the first inning on run-scoring singles by Torres and Martina Chavez. The lead was extended to 6-0 in the third. With the bases loaded, Danielle Baca hit a hard shot Grand Mesa’s second baseman couldn’t handle, allowing Ashley Trujillo to score. Brittany Tucker followed with a RBI-single, and Sedillo hit a two-run single to give Enchantment a comfortable lead.

Torres pitched a complete game to earn the win, giving up just two hits and striking out five. Grand Mesa didn’t score until its final at bat.

Enchantment got another complete game, this time from Ashley Trujillo, on Wednesday in its 7-4 win over Louisiana. Trujillo, who just turned 14, scattered seven hits and struck out eight batters, some of them three years older than her.

“We were looking for our pitchers to get complete games,” coach Chavez said. “And we got good defense behind them, so it worked out well.”

Enchantment benefited from a bevy of Louisiana errors throughout the game. In the second inning, the girls took a 2-0 advantage due to their opponent’s miscues.

With the bases loaded, Louisiana’s catcher attempted to pick off Victoria Baca, who was leading off first base. The throw went down the right field line, allowing Trujillo to score from third. An error on the throw back to the infield allowed Martina Chavez to come around from second base.

Enchantment added two more in the third to take a 4-0 lead. Sedillo walked and stole second base. One out later, Sedillo scored on an error off a batted ball by Ashley Figg. Later in the inning, Trujillo plated Figg with a sacrifice fly to deep center field.

Louisiana scored two runs in the fourth to cut the lead in half. But, in the bottom of the inning, Enchantment added another run to expand its lead to 5-2.

Heidi Pankretz was hit by a pitch and moved to second when Sedillo walked. Monique Chavez advanced the runners on a fly out to right, and Trujillo drove Pankretz home with a base knock.

The lead was extended to 7-2 in the fifth. Torres scored on another Louisiana error and Sedillo drove in Baca with Enchantment’s final run of the game.

Louisiana added single runs in the sixth and seventh innings to end the scoring.

Though their journey to the World Series stalled in the mountains of Colorado, coach Chavez said their trip to the regional playoffs was a good experience.

“The important thing is they saw what it takes to be on top,” she said. “They saw a different level. They know they can reach it. It just might take a little time to get there.” 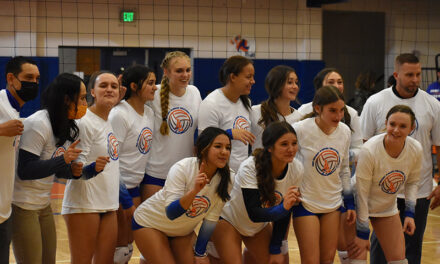 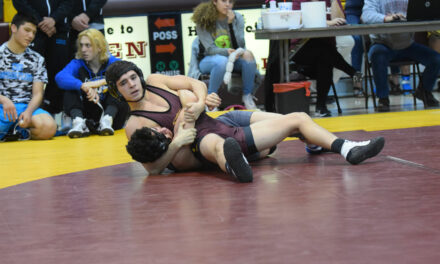