“What I wanted to show is how the land changed,” Alvarez, an artist-sculptor, said. “The Europeans didn’t discover this land. It was already here.”

Basically, there are three groupings of iron figures, located around a 25-foot arch, created to symbolize unity among the groups of Native Americans, Spaniards and settlers. It attempts to depict different groups who traveled the Camino Real throughout history, and the name Puerta del Sol means Gateway of the Sun.

“I separated the sculptures in time here,” said Alvarez, 63, who was born in Mexico City. He came to the States at the age of 9 and “never looked back,” he said. He now lives in Gallup.

In the Native American group to the east of the arch, there are four buffalo dancers, four women carrying pots on their heads and some cornstalks. Alvarez contacted the Isleta Pueblo about doing some sketches to help authenticate the figures but received “no cooperation,” he said. As a result, the iron buffalo dancers were actually created from sketches made during a live dance at the Zuni Pueblo. The pots were depicted from Native American pottery from the Gallup area.

“The Zuni people were very kind to let me sketch them,” Alvarez said. “They even gave me a name in their language which means ‘Spotted Gray Wolf.'”

Just to the north of the arch is a representation of the Spanish group that came to the valley.

“I imagine those people out front walked for one year from Mexico City,” Alvarez said. “I imagine they thought they would find another ‘City of Gold,’ like Peru. But what they found were adobe homes.”

Among this group are four Spanish soldiers planting flags in the ground. When asked why he used the number four in each grouping, Alvarez explained that the committee that administered the grant funding of the public sculpture wanted balance. Funding was provided by the New Mexico Arts Division, Valencia County and the Valley Improvement Association.

“They wanted me to balance it,” Alvarez said. “Don’t put more Spaniards than Native Americans.”

In addition to the flag-bearing soldiers, representative of those who claimed the land for Spain, there are Catholic priests bearing crosses and four women on horseback.

“Women are just as important as men in conquering the land, and that’s why I put them there,” he said.

There are some ferocious looking dogs in the group, some with spikes in their collars. Alvarez said that they used these dogs to attack people. The dogs were linked to the mastiffs that were given to the Spaniards by the Romans, he said.

In creating the Spanish group, Alvarez went to the Palace of the Governors in Santa Fe to sketch actual conquistador helmets and swords that are kept in an air-conditioned vault in the museum and have to be handled with gloved hands.

The group of settlers, just south of the arch, has four scouts out front, four railroaders driving spikes, four women with their children and, in the middle, four men kneeling, “repenting of their sins,” Alvarez said. In the middle of this group are some sheep and towards the back are some iron wagon wheels.

In creating this group, Alvarez said, he borrowed farm equipment from local residents and used area residents as models as much as possible.

In addition to Alvarez’s appearance, local historian Ramon Torres gave a detailed talk about the history surrounding Tomé Hill. Torres is a cousin to Edwin Berry, who erected the crosses on the hill in 1947. 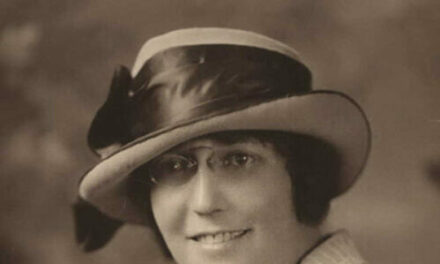 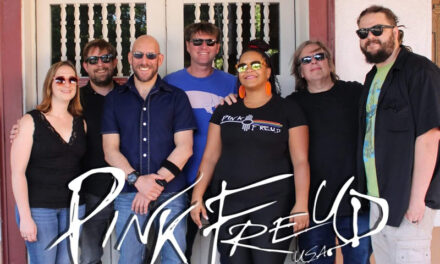 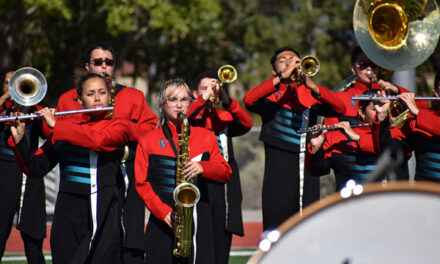