Be a part of the solution in Valencia County

The fate of the animals pictured in this week’s Valencia County News-Bulletin is unknown. The hope is they were adopted before this article was published, but we don’t know for sure.

All nose and eyes, a dog at the Valencia County Animal Shelter watches as people pass by its kennel.

All nose and eyes, a dog at the Valencia County Animal Shelter watches as people pass by its kennel.

This week’s paper features the third part of our four-part series looking at the crisis-level population of animals at the Valencia County Animal Shelter.

Every year, the Valencia County Animal Shelter takes in enough animals to populate a small city. Our first two articles focused on the positive outcomes for some of the animals — adoption and a loving home, temporary respite at a rescue or foster home and transfer to another shelter.

However, every year, hundreds of others are euthanized.

Some of those animals are elderly and ill, brought to the shelter by their owners because they cannot afford to take their pets to a veterinarian for that end-of-life service. Some come into the shelter as strays, sick and injured beyond help.

Despite huge changes to the operation of the shelter, some are still euthanized for space reasons. When the kennels are full, they’re full.

In 2018, the shelter took in 5,136 animals, an average of 14 per day. That doesn’t account for the females that came in pregnant and gave birth while there.

That same year, 1,462 animals were adopted from the shelter — an average of four a day. What happened to the remaining 10?

Owner reclaims and transfers accounted for 2,240 or six per day on average. Still four left.

Whether it’s an animal that is suffering from cancer or an aggressive dog that has killed livestock, that 3.5 daily average takes a toll on the people who work at the shelter.

It’s appalling that we, as a county, still have euthanasia rates this high, mostly due to abandoned and unwanted animals.

Not only are our animals suffering but so are our people. The men and women at the shelter, staff and volunteers alike, deal with these choices every day and do their best to serve our companion animals in a kind way.

There has to be a better way.

In our fourth and final installment of this series that will publish next week, we talked to shelter staff and county residents about what they perceive to be the reason behind the high intake numbers.

We also focus on solutions, who and what can help, who should be helping. Are you part of the solution?

Your need to know 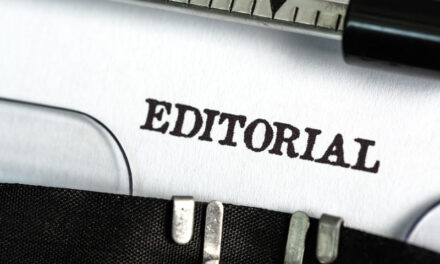