BELEN — Two new positions have been added to the city of Belen’s team — one city officials hope to help with current and potential growth, and the other to help with safety.

The first position on the council’s agenda was for the planner or planning technician, which, according to Roseann Peralta, the city’s finance director, will be working in the development services department.

“We are wanting someone to come in and do a good technical aspect of planning and zoning,” she said.

Councilor Danny Bernal Jr. questioned Peralta about the pay for the position, saying it was “a really big salary” for the city.

“It’s going to be dependent on their qualifications,” Peralta said. “We’ll start at the $20 per hour range, and then go from there.”

Bernal said the job description says this person would investigate violations of the zoning ordinance, which is currently handled by the city’s community preservation department. Peralta said the job duties will be clarified depending on who is hired and their experience.

“There is substantial overlap between planning and zoning and code compliance,” said Belen City Manager Andrew Salas. “The language (in the job description) is sufficiently wide to allow for that interaction to occur, and I think it’s healthy that it does occur.”

Salas asked the council to take a step back and to “look at the bigger picture,” saying Tomita is a “one-man band,” who the city expects to do economic development, film industry overlap and interface, planning and zoning, update city ordinances and more.

“It’s a lot — it’s too much,” Salas said of Tomita’s duties. “With Belen growing, we need additional capacity to help him.”

Salas said he would like to see Tomita dedicate his time and skills to economic development and drawing in new industry, new retail and more. He said the new hire would off-load a lot of duties to free up Tomita to benefit the city at a higher level.

“It’s a great investment,” Salas said. “The funds are there, the need is there. Belen is growing and we need to apportion the work accordingly.

“This is a key position the city must have, and I give my 100 percent recommendation for passage and approval.”

Bernal said while the city has seen an increase in gross receipt taxes over the past couple of years, he asked if the trend is sustainable to support the salaries for new positions.

“All department are short (staffed),” Salas said. “… We’re definitely overwhelmed. We’re meeting next week to specifically outline what everybody’s (personnel) shortages are, and what they need to have immediately.”

The city manager said they will identify the needed positions and begin filling them. He also said the administration is “not neglecting the rest of the city,” and these are just the first recommendations for additional positions.

Peralta said she and other administrators have discussed the two positions, and they are confident the city can afford to pay for the salaries.

“We are growing, and we need additional people,” she said. “If we implement this, it frees up Steven to go out and actively recruit businesses so we can support our growing city.”

While Bernal ultimately voted to approve the planner and emergency manager positions, he did question whether the council should discuss all positions in a workshop rather than considering them that night.

“I’m not sure how urgent these (positions) are?” Bernal asked. “It seems best to see the bigger picture, the full scope to see what we can afford. I don’t want to approve this one, and later on we might have an issue if we need another firefighter.”

Councilor Frank Ortega said having a planner would benefit the city, saying it would free up time for Tomita “to get more businesses.”

“I understand what Councilor Bernal is saying because the city has gone through hard times, but the city knows … if something happens and the money is not there, essential personnel will be kept …

“We have to take that chance for the extra gross receipts and make sure we’re ready for growth,” the councilor said. “We already have 300 homes coming in and who knows what’s coming after that.”

Ortega said the city has be ready for growth and the needed infrastructure.

Councilor Steve Holdman agreed with Ortega, saying, “If you fail to plan you might as well plan to fail.”

Holdman said the comprehensive plan hadn’t been updated in years, and the city is “behind the curve.”

“I think we need to strike when the fire’s hot,” the councilor said. “I think planning is a critical piece in order to move forward.”

Bernal told his colleagues he’s “not against this in any way; I think it’s a great idea. My recommendation is we see the full scope of the budget so we can see what we can approve and what we can’t.”

Mayor Robert Noblin said he’s looking at this as “an opportunity” to make a position that has “been so broad,” and give Tomita and chance to focus in on economic development.

After unanimous approval of the planner position, the council discussed adding an emergency management position.

Salas said at one time, the city had a part-time emergency management position, and for reasons not known to him, those duties were then assigned to the fire chief.

“I don’t believe that has worked to the city of Belen’s benefit,” the city manager said. “How many table-top exercises we have had, how many multi-agency, multi-governmental exercises we’ve had; what you believe is the status of the emergency operations center is; what kind of training our personnel has had in emergency management? I’m here to tell you it’s deficient.”

Salas said while Steven Gonzales, the current human resources director, has done a good job as an interim emergency manager, as well as the fire department, “they have their hands full.” He said while the new fire chief, Nicholas Moya, has the talent and ability to do the job, he doesn’t have the time.

The city manager told the council half of the salary for this position would be paid for by the Emergency Manager Performance Grant.

“For those reasons, I’m recommending that you, without delay, allow me to return that position to the organizational structure so that I can fill it post haste,” he said. “The monsoon season is just around the corner, and there’s lots of training that needs to happen.”

Salas said the salary range for this position is between $27 to $35 an hour, depending on experience and capabilities. 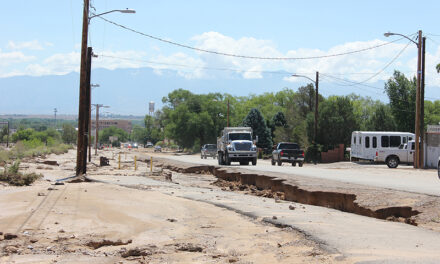 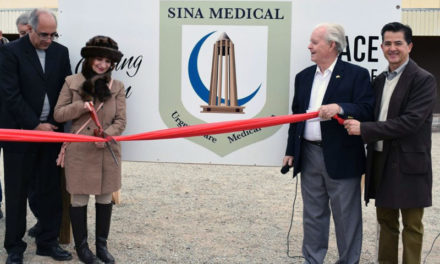 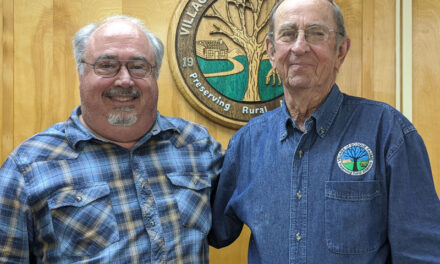