Last month, the Historic Tomé-Adelino Neighborhood Association issued a “public request for information” to the Valencia County Commission asking four questions about “the VIA’s history as it relates to the tax record.”

1. What if any taxes are owed to the county?

County Manager James Fernandez responded and included a chart of VIA taxes going back to 1992 which shows that the VIA owes about $700,000 in back taxes. The VIA has pledged to pay $500,000 by June and the rest in the next quarter. This money represents lands that once were under dispute or lands where the ownership was uncertain.

2. What taxes have been paid?

The VIA would owe about $700,000 if everything assessed was paid, Fernandez said. If they do not pay their taxes, the land will go to auction.

“VIA President Davey indicated that he anticipated, before the end of June, these taxes will be paid and more will follow,” Fernandez said.

3. What amount of taxes did the county forgive on late fees, administrative costs and penalties?

Both Coplen and Fernandez said no VIA taxes were forgiven.

“We collect taxes, and the state levies penalties,” said Coplen. “We can’t waive taxes. People pay one year at a time of delinquent taxes.”

“The VIA is treated just like any other landowner,” Fernan-dez said. “If they decided not to pay their taxes, the land goes up to public auction. The same rules apply to us and to them. They get no more benefits than the average person.”

4. What is the amount of delinquent taxes today, and what steps are being taken to collect?

The neighborhood association brought these questions to the attention of the county commission at a March meeting.

At the next meeting, Davey announced that the VIA would be giving the county $500,000 in back taxes. Davey said that the VIA had been working with the county for years to figure out just what was owed because the county’s records were confusing.

Fernandez sent the association a written response to her questions, including copies of state statutes that pertain to taxes.

Asked if she was satisfied with Fernandez’s answers, Rita Padilla-Gutierrez, president of the association, said, “A lot of effort was spent on getting together the statutes to justify why an entity can not pay taxes. I’d like more information. The onus is on the people asking questions and then to pay 50 cents a copy (to check tax records) — more than what the average person can afford.

“They (the VIA) blame the county, saying its record keeping is weak or inadequate. What about their own accounting? They should hire good accountants. Individual taxpayers keep track of their records.

“I think it’s odd. A week and a half after I appeared (at the commission meeting), all of a sudden, they decided to come forward. Is that a coincidence? All of a sudden they have grips on the accounting.”

She asked why the VIA did not come forward with the money sooner.

“They’re the movers and shakers of this county and say they want to be good neighbors. Hundreds of thousands of dollars could have been in the coffers. He should have come forward and responded when the county discussed its financial problems. Kids were protesting (funding cuts to the 4-H). How come he didn’t come forward then? He’s responding after the fact. I do not want to come across as a crybaby, but it was a very strange coincidence. All of a sudden, this comes up. They should have been paying all along. The important point is why didn’t they come forward when the county was at its most critical stages?”

VIA president Bob Davey, responding to the association president’s comments, said “There was a problem. We helped the county solve the problem. We paid our taxes all along. We did not criticize each other; that’s what we need more of.

“If she wants to say they should solve the problem sooner, maybe we could have with smarter people on our side. We were working as hard as we could and as fast as we could to solve the problems. I know people out there say we could solve it if we were smarter, and maybe we could. We got closer every year to solving it. Even now, we are convinced in our minds there are still corrections to be made to the county to bring money to the county, and we are spending our money to try to solve it.

“We came to the county and said, ‘there still is an error rate that is high, there still are several parcels of land you are not billing us for, here they are.’ We’re not holding back on everything, so we can pay them the money. We spent a lot of money and a lot of time on this; it’s not something we have to do. I’ll be glad to go over the invoices and the software with anyone, and they can talk to anyone in the county.

“The folks in the county are doing everything they can to pull the county out of this (financial) mess. They deserve all the help we can give them. All of this (criticism) is not making it any easier for the rest of us.” 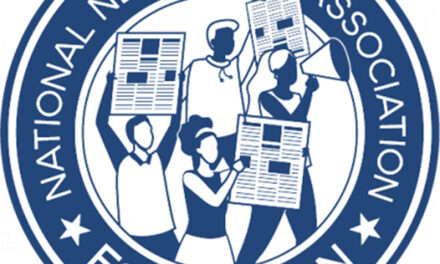