Thank you for your service — bah humbug!

Millions of Americans have repeated this phrase to our service men and women throughout the years. It’s time to make a change from words to actions.

Let’s keep in mind that Memorial Day is a day for us to renew our commitment to the men and women in the military who served and to acknowledge how much we appreciate their commitment to our country.

New Mexico has more than 152,000 veterans and 6,239 are in Valencia County. These men and women have served our country admirably. They have given us the gift of freedom and kept us safe.

There are many ways this can be done and choosing the correct organization is always difficult. I would like to call your attention to LIVE — Los Lunas Invests in Veteran Events. This organization sponsors a run/walk in Los Lunas and donates a portion of all the funds to the Blue Star Mothers, VFW Post 9676, Purple Heart, Wounded Warriors, Belen Legion Post 81, Belen VFW and Patriot Guard Riders. The run/walk event “Believe In Heroes” will be held on June 1 this year.

If you cannot attend the event, you can still be a part by extending your hand to our veterans through any small donation, knowing every cent goes directly to them. You can make a difference in someone’s life by contributing to this worthwhile cause. Please send your contributions to LosLunasVets.com

Time to take a stand

The racist pinheads who flew the Confederate/K.K.K. flag in the Fourth of July parade last year are still among us. There is still time to do something to prevent a recurrence this year or in future.

Very simple law: The public display of the Confederate/K.K.K. flag or any of its many variants is racist and a hate crime under local and federal law. There should be a sizeable fine for the first offense, some amount bigger than a speeding ticket.

But our local officials have neither the integrity nor the cojones to stand up against such fear-mongering.

As Nelson Mandela often said, if you are not taking action in opposition to inhumane policies and practices, then you are complicit in their existence.

Earn your right to USA

I welcome all immigrants who fill out the form and wait their turn.

My grandfather applied in 1899, when life was not good in the Austro/Hungarian Empire. Jobs were limited along with food, and crimes against people and property were common.

It took him four years to comply with our immigration laws by obtaining a sponsor, a job and a place to live so he and his family would not become a burden on society.

Most western countries of the world have very similar laws for immigration.

I vehemently object to those who ignore our laws and think it’s OK to sneak in illegally, expecting us to give them food, water, lodging and a job. They have not earned the right to come.

Ratepayers should be the PRC’s priority

I found (Rep.) Kelly Fajardo’s op-ed in the Albuquerque Journal on April 24 raises an important question. Although I don’t know why the PRC decided to bill Facebook for half the cost of the transmission line, I do think there’s one variable to consider in the equation.

I’m glad Facebook intends to use 100 percent renewable electricity for its Los Lunas site, but to honor that commitment, Facebook needs an adequate transmission line.

The PRC, most likely taking Facebook’s expansion into consideration, ruled that Facebook should pay half the cost and PNM (which will bill its ratepayers) the other half. Ratepayers apparently are asked to go along with agreements “in erasable ink.”

Do advantages to businesses coming into the state outweigh the obligations to PNM’s New Mexico ratepayers? Asking Facebook to pay half seems fair to me. 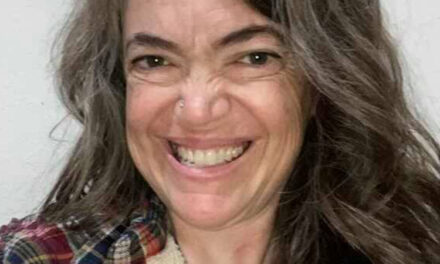