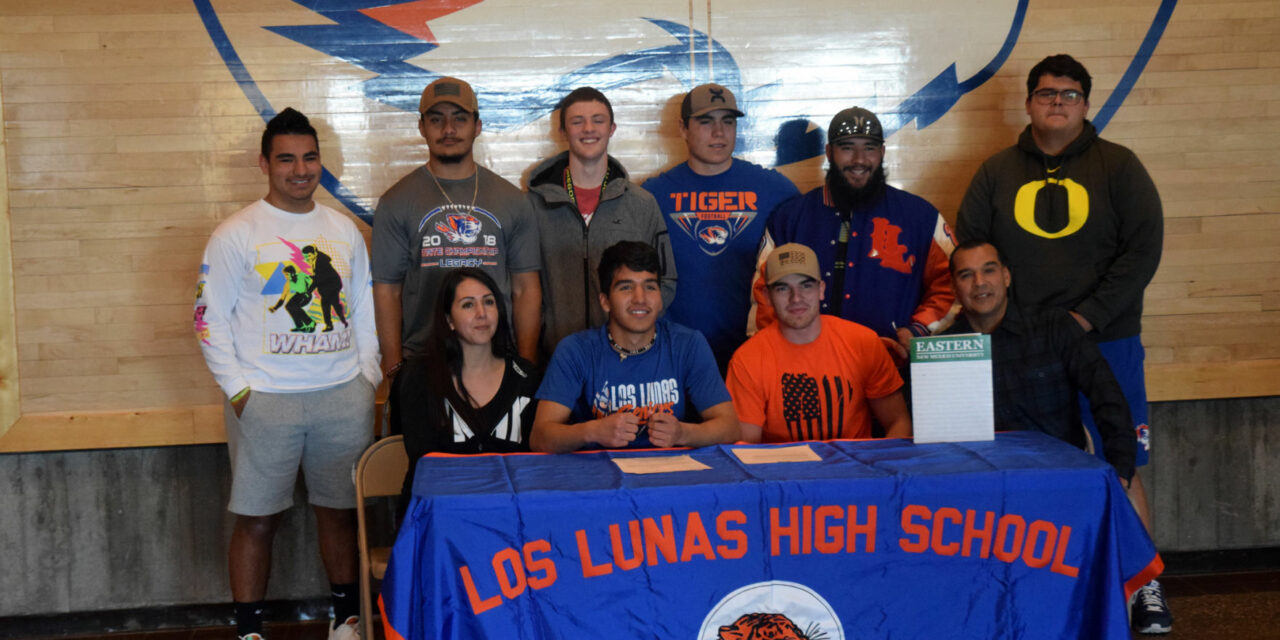 “I wanted to be close to home,” said Martinez. “It’s still four hours away, but it’s close enough.”

His mother, Stephanie Martinez, was proud of her son’s accomplishment.

“It’s really exciting,” Stephanie said. “He’s always put a lot of hard work into it. It’s good to see it pay off.”

Martinez, who has been a starter since his junior year, was a crucial piece to the Tigers’ district championship and state title run in the 2018 season.

Martinez built a reputation for toughness, frequently playing through pain and injuries.

“We always call him Mr. Key,” said Maupin. “Michael was always at the right place at the right time. He studied the game. He knew his role, and he played his role very well.”

“(Martinez) played every snap for us,” said Jaramillo. “He was we had at reading keys on defense. You never had to worry about him.”

Both Maupin and Jaramillo believe Martinez has the mindset for college football. Many college freshmen have a difficult time adjusting to not being a starter. However, Maupin and Jarmillo think Martinez will have the patience and work ethic to persevere.

“A lot of times, colleges will get a high school kid who will quit on the first day,” said Maupin. “I don’t see that with Michael.”

Martinez has not yet decided on a major, but he is interested in studying business in college. He said he didn’t have a favorite memory at Los Lunas because he loved them all.

“All of the memories I have here are pretty great,” said Martinez. “I’m going to miss a lot. High school football is pretty special.”

Check next week’s issue of the News-Bulletin for more college signings.