Construction on a motor-cross track for cyclists at the Valencia Community Air Ranch off of the Manzano Expressway may begin at the end of June if Neil Overbay of Los Lunas is successful in getting the necessary bank loan.

Overbay had to gain permission for a zoning change to build the track. He got that approval in a unopposed decision Monday by Commissioners Alicia Aguilar, Frank Pando and Gary Daves.

Estimated cost of track construction, including purchase of 20 acres of land, would be $160,000, according to Overbay, who plans on calling the track Overbay Motocross.

A cyclist himself, Overbay placed third in overall points last year at the Moriarty Motocross. Overbay and his friends used to ride “on a worn-out track behind Tomé Hill,” he said. The need for a track that would be closer to home in Valencia County is what pushed Overbay to build his own track.

Access to the track would be on a dirt road that extends 1.4 miles off the Manzano Expressway.

The track would have bleachers for spectators, and Overbay plans to bring in private enterprises to run concession stands. Water to keep down track dust would be obtained from a well yet to be drilled on the land.

Races would be held once a month, on Saturdays and Sundays, with race contestants expected to pay a $25 fee. Overbay is not sure how much spectator tickets would cost. Moriarty Motocross just raised its entrance fee from $10 to $15, Overbay said.

The closest house to the track is about a mile away. The closest residential five-acre plots of land are half a mile away, owned by Bill Campbell, who is selling the land for the future motor-cross site. The land to the north and east is owned by the state.

“It’s right on the fringe of the air park strip,” said Ruben Chavez, enforcement supervisor of the planning and zoning departments. “I think he has met everything. There’s plenty of road there for access. I recommend that this be approved.”

Overbay circulated a petition for the future track and obtained 368 signatures in favor of it.

“I didn’t have anyone call against it,” he said.

In the past, a large quantity of trash has been dumped in the area, and officials say they hope that the future track would curtail dumping in the area. 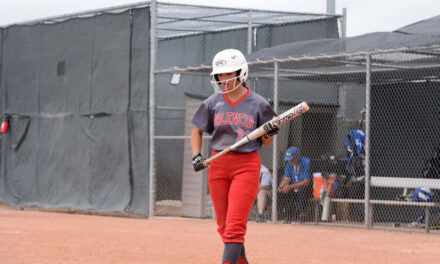