She is survived by her children, David Cervantes, Aaliyah Cervantes and Luis Franco; her father, Joe Ray Carrillo and partner, Frances; her mother, Elizabeth Gonzales and spouse, Jesus; her siblings, Maxine Smith (Andrew), Raymond Carrillo (Stacy), Lisa Carrillo (Allen) and Crystal Carrillo (Manuel); along with her nieces, nephews and other family whom she loved very much.

Many things brought Jennifer joy in life, such as gardening and tending to her rose bushes. She was at peace and full of joy seeing them bloom; it brought a smile to her face. Jennifer was a lover of animals and spoke often about how much she adored her dogs, Bruce, Honey and Feds.

Her favorite pastimes were the family’s trips to Laughlin, Nev. She was fascinated with the Colorado Belle and always expressed how much joy it brought her to be there as a child. Jennifer’s biggest joy was music, all types of music. She loved to sing and blast her music for all to hear. Many times, she would sing with her dad when he played the guitar. “Angel Baby” was the song she chose and she sang it so beautifully.

Jennifer was a lover of fashion; she enjoyed shopping, makeup and shoes. She had a large collection of Betty-Boop she proudly displayed for all to see.

Jennifer was brave and beautiful and she will be remembered for her big heart and love for her family. Her family meant the world to her, and they all felt the same way about her.

All services for Jennifer were held Tuesday, Jan. 25, at Our Lady of Belen Catholic Church. Jennifer was laid to rest following the Mass at the San Juan Catholic Cemetery in Veguita.

Bernice Christilaw joined our Lord peacefully on Dec. 29, 2021, surrounded by her loving family at the age of 71.

Bernice was born on March 1, 1950, in Morenci, Ariz., to Live Q. Saucedo and Anna Saucedo (Bailon). She was the second eldest of 11 children.

Bernice grew up in Clifton, Ariz., surrounded by brothers and sisters. Bernice never let any health issues slow her down, even when she was told by doctors that they would keep her from having a “normal” life.

She excelled in high school, graduating as valedictorian in 1968 from Clifton High School. After high school, Bernice attended Eastern Arizona College in Thatcher, Ariz. It was there that she met the love of her life, Edwin Christilaw. After a whirlwind fairy tale romance, they were engaged after six months.

Edwin enlisted in the U.S. Navy so he could provide for their life together, and was sent to Vietnam. During this time, Bernice transferred to Arizona State University, where she continued to excel and played clarinet in the ASU marching band.

Edwin returned after a year, and they were married in Clifton, Ariz., in 1970. Bernice and Edwin lived all over from California to Panama while Edwin served his country, then settled in Belen in 1989.

Bernice began a career in social work at UNM-H. She worked for a program that helped drug-addicted mothers recover and go back to school or start working again. Bernice took great pride in the fact that she could help so many.

Everyone who knew Bernice knew of her love, respect and devotion to her husband, Edwin. They had four children, Nicholas, Gloriana, Philip and Ariana; and were married for 51 years. During her lifetime, Bernice was the best example of what a wife, mother and grandmother should be. She was always putting the needs of her family above her own. Even when her pain and struggles were the greatest, she would laugh and crack jokes to protect us all from it. She doted on her grandchildren and loved showering them with little presents. Bernice was an artist, musician, social worker, wife and mother.

He was a proud veteran of the United States Air Force. Felix was an honorary life member of Belen Elks Lodge No. 2499. He was also a retired truck driver, part-time mechanic and a school bus driver. All in all, Felix was a jack-of-all trades.

He was preceded in death by his parents, siblings and great-granddaughter, I’liyah Rae Mitchell. 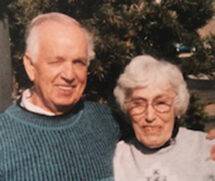 Christine and Raul Pedroza were married for 42 years and, in those years, they had many adventures and travels.

In retirement in 1979, they chose to move to the Lake of the Ozarks, where they lived for 15 years. They eventually moved back to New Mexico to share their lives with their family in Rio Communities.

Grandma Chris was preceded in death by her sons, Larry and Gerald Dolittle and Richard Spillers.

Grandpa was preceded in death by his son, Billy.

Grandma Chris is survived by her granddaughters, Sue, Laurie, Elizabeth; and her grandsons, Phillip, Jason and Scott.

Grandpa is survived by his son, Robert; and daughter, Anna.

Services for Grandma Chris will be held at First United Methodist Church of Belen. A funeral service will be celebrated at 11 a.m., Thursday, Jan. 27. Interment will follow at Our Lady of Belen Memorial Gardens. 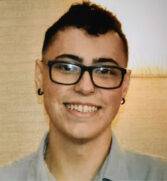 Matthew was preceded in death by his beloved grandparents, Col. Mike “Poppa” Romero, and Martha and “Papa” Jack Dean.

Matthew attended Bosque Farms Elementary School, Valencia Middle School and Volcano Vista High School. Although he was a terrific athlete, he preferred competing online rather than on fields or courts. Matthew was an excellent cook, but he also really enjoyed eating at Sopa’s, his favorite restaurant. He enjoyed traveling with or going to see family.

Most of all, Matthew was a child of God, and he truly had a great heart.

Matthew’s family and friends grieve his passing, but all may take comfort in knowing that he has been welcomed into heaven and is in the presence of our Lord and Savior.

The family is grateful to the loving care they received from Noblin Funeral Service.

Kae Wendel, born June 21, 1935, in Seymour, Iowa, moved to the Quad city area and attended Moline, Ill., schools. She graduated from Moline High School in 1953 and went on to work for IBM Moline for 30 years; earning many awards for her work. She enjoyed playing cards for many years with high school friends.

Kae later moved to Belen with her husband, Del, where they enjoyed their retirement. She was very active in the German club, VFW American Legion and the art league.

She is survived by her husband, Delmar; sisters, Karen Gyenge and Jacquelyn Richards; brother, James Patterson; brother-in-law, Leo Combs; and many nieces and nephews. On Del’s side, she is survived by three stepchildren, Carm Wendel, Andrew Wendel and Pam O’Regan; as well as five grandchildren, Nathan Wagner, Breanna Schnitzlein, Michael O’Regan, Sean O’Regan and Shannon O’Regan. She also had three great-grandchildren.

She is preceded in death by her stepdaughter, Tina Schnitzlein.

A private service for Kae will take place at a later time.

In lieu of flowers, the family of Kae asks that donations in her name be made to the Belen Art League, 509 Becker Ave., Belen, NM, 87002. 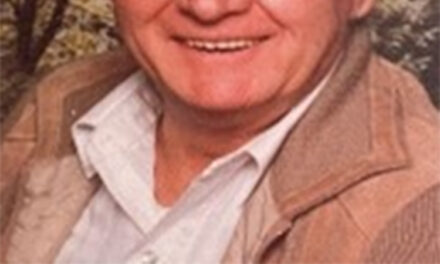 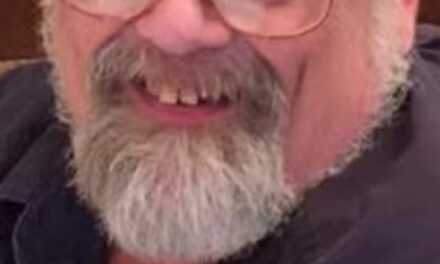 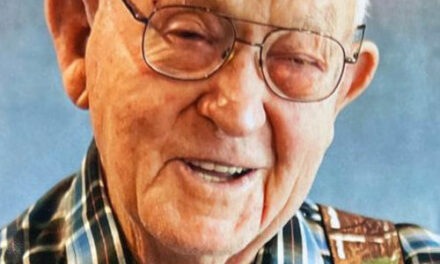 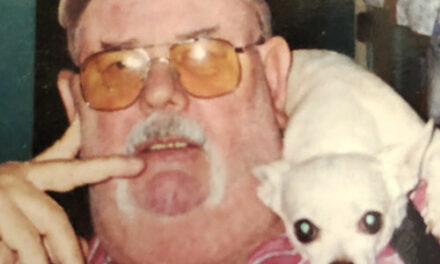