BELEN—Belen Consolidated Schools students may have noticed a district-wide absence as classes began this year.

Due to officer shortages with the Belen Police Department, the district does not have a student resource officer.

“We don’t have an officer assigned (as an SRO) because of the vacancies we have,” said Belen Police Chief Victor Rodriguez. “We have assured the schools regardless of staffing, we will promptly respond to any calls for service.”

BCS Superintendent Diane Vallejos said the chief informed her on June 26 the department could not provide an SRO. The memorandum of understanding between the school district and city expired on Aug. 12. The two agencies have partnered since 2007 to provide an officer for the district.

“As in any emergency, we will call 911,” Vallejos said. “The district stretches from Los Chavez to northern Socorro County and crosses multiple law enforcement jurisdictions. Dispatchers will know who can provide the proper response, whether it’s the city, county or state police.”

“Our security staff will go to the elementary schools, if needed,” the superintendent said. “We have a good partnership with the department. When school started, they had an officer at the crosswalk on Main Street to make sure drivers slow down. They will be there during the first several weeks of school.”

Rodriguez said as the department fills its ranks, providing an SRO is his No. 1 priority.

“One thing we’ve explored is seeing if we can find an officer who has an interest in going directly into that position, instead of being assigned,” Rodriguez said. “We are going to continue to provide service; there will be no disruption to services.”

He continued, saying officers will continue to patrol at BCS schools and provide the same services an SRO would, but they wouldn’t come from one dedicated officer.

Rodriguez said typically SROs are retired officers who are interested in doing more community-oriented work in the schools.

“With the new PERA rules, no more are coming back to work and it’s limiting us to having to assign the position,” he said. “We don’t want to constantly rotate officers, so we’re looking at this as a good opportunity to find someone who wants to work with kids, commit to the schools.”

In 2010, the state banned “double dipping,” which allowed public employees who were drawing retirement benefits from the Public Employees Retirement Association to work for a public agency, drawing both PERA payments and a tax-payer funded salary.

Now if PERA beneficiaries want to work for a public agency after retirement, they have to suspend their benefit payments while employed.

Rodriguez said pulling a patrol officer off the streets to assign to the SRO position was limiting to the department.

“Ultimately, even when we had an SRO, if they were at another school or off duty, the patrol officers handled any calls for service,” he said. “That is the current plan. I’ve encouraged all our officers to get out and walk the schools and make that community connection.

“It was not an easy decision to not assign someone to that position. We have a very good relationship with school security and the superintendent; they all have my direct number. This is temporary and it is my goal to fill it as soon as possible.” 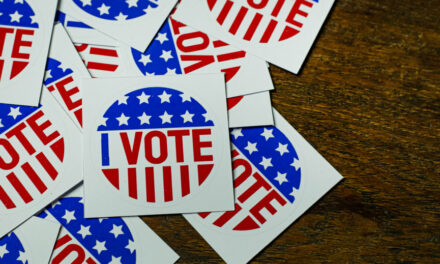