Julie Logan’s final season in a Valencia Jaguars uniform was cut short by the cancellation of the spring sports season by the New Mexico Activities Association due to the COVID-19 pandemic.

Luckily, the sudden end to her senior season doesn’t mean the end of her softball career. Logan signed to play for coach Amy Hayes Bradley University in Peoria, Ill. in November.

Logan began playing softball at eight years old after her parents signed her younger brother up for tee-ball.

“I remember that my parents put my younger brother in tee-ball, and I was so mad because they didn’t sign me up,” Logan said. “After that, I just really wanted to play.”

When she began to play at the club level, Logan realized how much more intense it was than anything she had experienced before.

“I was in awe of everything, from composite bats to brand new gloves and metal cleats,” She said.” The whole big difference from playing local teams to playing teams that will beat you 10-0. It opened up another world to me.”

Currently, Logan plays club ball for the New Mexico Sundancers, a travel team lead by coach Paul Kohman, the head coach at Rio Rancho High School. Logan has been playing for the Sundancers since the end of her eighth-grade year.

Kohman is close with Valencia head coach Jeff Young, and the two programs have faced off at VHS to open the Jaguars home schedule every year for the last decade.

Over the course of the last five years, beginning in eighth grade, Logan has been able to develop a special bond with her teammates playing for Valencia.

“Being a Valencia Jaguar, you get a lot of respect because we’re one of the hardest working sports at our school,” Logan said. “We’re known for our great academics, the team has over a 3.5 grade-point-average.

“Jeff does a really great job keeping our program in line and he has really high expectations for us.

“We all work really hard and that’s why we win games, we play as a family andf when you play that way and everyone has the same mindset, it’s a bond you really can’t explain.”

Initially, Logan and her teammates found out they would have the weekend off as they returned from a 14-0 win over Santa Fe.

Already on spring break, the team was excited about the prospect of a few days off.

Later the same day, they found out the season had been postponed until further notice.

The appeal was quick to fade, however, and it wasn’t long before the players began working out in their backyards and sending each other different workout ideas to stay ready to return to action when the time came.

The possibility of the season being canceled entirely never dawned on the team until they heard the news following the announcement from the Public Education Department confirming the rest of the school year would be done from home.

“We found out that the season was canceled and all of us were really devastated,” she said. “The girls who are coming back next year have already started doing the work to make sure they are ready for next year.”

Logan was one of seven seniors on this year’s team, most of whom had played on the team since they were in eighth grade, and had been looking forward to senior year.

“I think it was more upsetting because most of us had played since our eighth-grade year and we kept saying ‘we can’t wait for senior year, that’s going to be our year,’” she said.

Logan began receiving interest from colleges during her freshman year, but programs are not allowed to reach out to players directly until they are juniors, which is when the process really picks up.

Though she primarily pitches for the Jaguars, at the club level Logan primarily is a middle infielder, which is the position Bradley recruited her to play.

“I remember our first tournament (my junior year) was in Kansas and I remember playing middle infield and there were so many coaches trying to figure out who I was and asking about me, but there was one that really stood out, they wanted that position they wanted me to play it and contact them as soon as I could,” Logan said.

“Once I did, that’s when it started. I was going through the NCAA Clearinghouse and making sure I had all my credits and the grades needed to play division one because they have such high expectations that differ a little bit from high school.”

The plan for Logan was always to go out of state and play somewhere else, but Bradley felt like home.

“My eighth-grade year, going into high school and playing at the high school was really scary because Jeff was intimidating because he expects a lot,” Logan said. “Meeting the head coach at Bradley, coach Amy Hayes, she gave me the same feeling.

“Getting on campus when I had my official visit and even before that when I just went to camp there, I just felt like it was home.”

The Braves went 14-9 during the abbreviated 2020 season, and Logan said she expects to primarily be used as a middle infielder once she gets on campus, though she’s willing to play wherever gets her onto the field the fastest.

“I want to thank my parents and all my coaches and everyone else who helped me get to where I am today,” Logan said. “I couldn’t have done this on my own.” 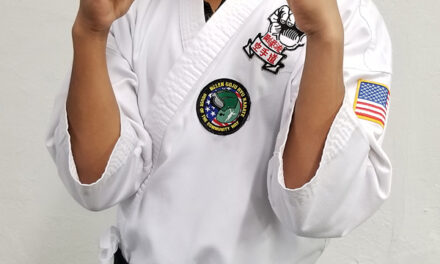 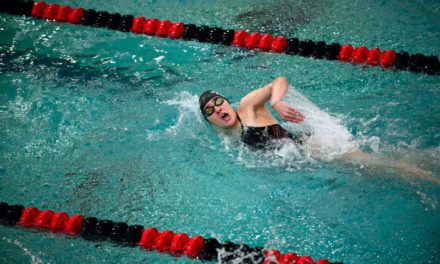 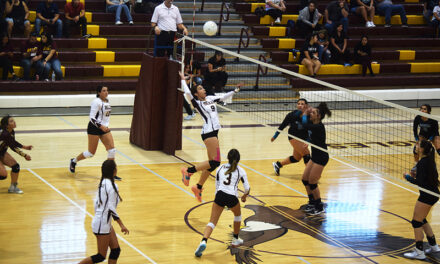