Letters to the Editor (June 23)

Proposed ordinance has consequences for county

In Los Lunas, we’re used to our “city fathers” waiting to announce some monster corporation is moving to town until the bulldozers are already digging.

But the county commissioners’ secretive Natural Resources Overlay Zone (NROZ) ordinance dwarfs previous surprises. With so many questions, so much potential damage and so few assured benefits, citizens are right to be wary.

And shouldn’t Valencia County citizens have as much prior notice and input as, say, Albuquerque oilman Harvey Yates Jr., who helped Commissioner Bizzell write the ordinance?

The ordinance states that counties have the power to “protect generally the property of its municipality and its inhabitants” and to “preserve peace and order.” This ordinance does anything but. It seems like its real purpose is to rig the game.

The NROZ ordinance states specifically that any objections to operations it covers  “cannot be based on generic and speculative harms.” Does this mean that if everything indicates that drilling in a certain area will create horrendous traffic, noise, pollution, and contaminated water, a citizen must wait until the damage has already happened to object?

In wild contrast, the ordinance says that the P & Z commission must consider the advantages of developing an NROZ site, “including but not limited to the increased economic vitality of (sic) county, the potential jobs created and the potential increase in county tax revenue.” In short, all imaginary future benefits must be considered as real.

These vague predictions of wonderfulness depend on fossil fuel prices. Prior studies indicated that Valencia County lacked profitable oil and gas resources, which implies that costs for recovery and reclamation will probably be higher.

The United States currently has more than 24 million acres of federal and tribal land under lease to the oil and gas industry. Less than half of that is being drilled because prices haven’t been high enough to cover the costs.

Prices are currently rising, thanks to Mr. Putin’s war and to tripled profits for oil companies in the first quarter, but you can bet there’ll be another bust.

Drilling would increase demand on Valencia County’s scarce water resources. While Commissioner Bizzell advocates desalination of subsurface water, that raises its own questions.

Will desalination costs fall far enough and fast enough? Desalination takes lots of energy. Will it be produced by renewable sources or by burning oil and gas? Will the water go right back into drilling more wells? What will you do with the leftover concentrated mineral salts and brine?

All over the country, drilling operations have driven nearby property values into the basement, causing owners to sue drilling companies or local governments. The county could also face lawsuits over infrastructure failures and over various illnesses or building failures attributed to drilling or fracking.

In short, this ordinance looks like a real crap shoot with troublesome possibilities of no profit, heavy expenses and a bunch of lawsuits against the county.

Tomé Hill needs and deserves to be protected

Is Tomé Hill and surrounding areas sacred and special? As of late, the answer to this questions is no!

The town of Tomé Land Grant board of trustees is very concerned about the lack of respect being shown to this sacred site. We are having serious issues of ATVs, UTVs and dirt bikers running amuck at the Tomé Hill park and surrounding areas.

These people are causing a great deal of destruction, including cutting and destroying fencing on private property. This destruction is taking place at all hours of the day and night. They are even shooting guns for hours at a time.

We are also having issues with drug use and sales at this site. We are constantly finding used needles and other paraphernalia.

Another serious issue is the use of this area as a “hook-up” site. We are finding used condoms and underwear everywhere, including at the top of Tomé Hill.

The land grant has tried to put up barriers to stop these activities but to no avail. We have asked the sheriff’s office to assist and have not received much help from them.

The board of trustees is currently considering the type of access that will be allowed at this site. We are being forced to make some very tough decisions to protect this sacred site.

We would appreciate any and all the help concerned citizens of Valencia County can provide to preserve our beloved Tomé Hill. 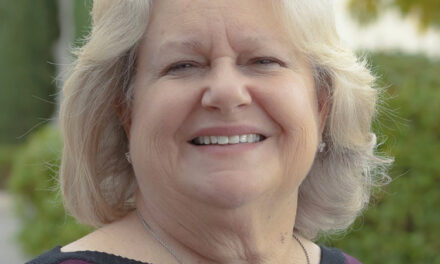 There’s been a lack of information