BOSQUE FARMS — A Valencia County woman and her son have been charged with several felonies, including tax fraud and racketeering, after a months-long investigation by the Los Lunas Police Department

Lucero Chavez, 46, of El Cerro Mission, and her son, Jesus S. Miramontes-Chavez, 23, of Los Chavez, have both been charged with tax fraud, money laundering and racketeering, all second-degree felonies; attempts to evade or defeat tax, a felony, and conspiracy, a third-degree felony. 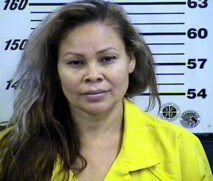 According to the criminal complaint, the investigation began in February when a confidential informant told a Los Lunas police detective he used to work for Lucero Chavez at the New York Barbershop in the village of Bosque Farms. 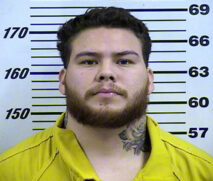 He went on to say Lucero paid all her employees in cash, and made routine trips to Arizona to meet her husband — who was not identified in the complaint — and picked up cocaine.

He also alleged she and her children — son, Jesus S. Miramontes-Chavez and her daughter — often carried large amounts of cash on them. The informant claimed Lucero’s children also trafficked narcotics with her. Lucero’s daughter has not been charged with any crimes.

During his investigation, the detective spoke to another Los Lunas detective who worked at the Bank of the West before joining the department, and she remembered Lucero coming in often and withdrawing up to $9,000 at a time.

Federal banking laws require banks to report most cash transactions exceeding $10,000 to the IRS. Banks also have to report “structured” transactions that are less than $10,000 but appear to be done in a way to avoid the reporting threshold.

In March, the detective learned through the state’s Workforce Solutions Database that Lucero and Jesus have never reported wages at any time, and there have been no wages reported for the barbershop.

The Bank of the West branch manager Russell Griego told the detective he remembered Lucero and had “numerous issues with her withdrawing large amounts of cash.” However, Lucero closed the account more than seven years ago, so the information about her account has been purged.

“Within the last five years, about $6 million has moved through financial accounts owned by both Lucero and Jesus,” the detective wrote in the complaint.

Debits on the various accounts totaled $3,200,077 and consisted of checks made out to Lucero Chavez, Jesus Miramontes-Chavez and his sister, recurring payments to title companies, spending at retail stores and restaurants, and checks to individuals, sometimes referencing contract work.

On Oct. 6, the confidential informant told the detective that Lucero and her children were going to attempt to flee to Mexico. The detective confirmed that Lucero is in the country illegally and has been deported from the United States twice.

Arrest warrants for both Lucero and Miramontes-Chavez were issued and they were booked into the Valencia County Detention Center on no-bond holds. 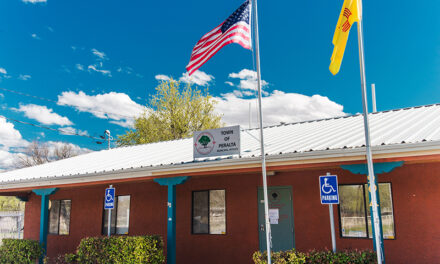