‘Road to Aztlan: Art from a Mythic Homeland’ shown through April 28 at Albuquerque Museum

“The Road to Aztlan: Art from a Mythic Homeland” is being shown at The Albuquerque Museum through April 28.

It’s a major exhibition, exploring 2,000 years of art created about the legendary area known as Aztlan.

The show features more than 250 rare examples of art and archaeological artifacts, ranging from pre-Columbian objects to paintings and sculpture from the colonial era to videos and mixed-media works by contemporary artists.

Aztlan is the mythical place of origin for the Aztec people. While its exact physical location is unknown, Aztlan has had a profound influence on the peoples of both Mesoamerica and the American Southwest.

Embracing the long history of Aztlan lore, “The Road to Aztlan” views the mythical place as a metaphoric center reflecting a sacred geography and an imagined social system that incorporates economics, religion, history and art in the world views of the various peoples of the Southwest and Mexico.

The exhibition is configured to present a historic overview of the relationships between the American Southwest and Mexico. It is divided into three chronological periods, the pre-Columbian years (third century B.C. to 1521), the colonial period (1521-1848) and contemporary times (1848-2000).

The pre-Columbian objects are drawn from the cultures that lived in the region prior to the defeat of the Mexica, or Aztecs, by Spain in 1521. The objects from the Colonial period include those made by native as well as Spanish artists.

The contemporary period of the exhibition focuses on the works of Mexican and Mexican American artists from the second half of the 20th century.

The Albuquerque Museum of Art and History is the third venue for “The Road to Aztlan.” The exhibition opened at the Los Angeles County Museum of Art and traveled to Austin before arriving in Albuqeurque. It will be on display through April 28.

Museum admission is $2 for adults, $1 for seniors over 65 and children ages 4 to 12. Children age 3 and under are free. The first Wednesday of each month is a free admission day at the museum.

The museum is located at 2000 Mountain Road NW in Albuquerque and is open from 9 a.m. to 5 p.m. Tuesdays through Sundays.” 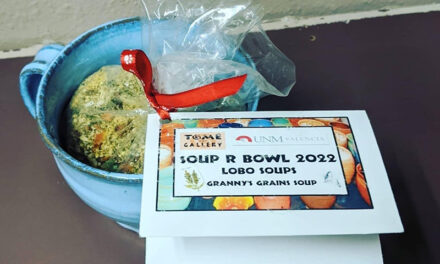