The Los Lunas High School baseball team wrapped up its District 3-5A championship season with a doubleheader sweep at Anthony Gadsden on Saturday.

The wins by scores of 5-4 and 12-2 improved the Tigers record to 11-1 in district play, 17-5 overall. But most importantly, “It helped us keep our momentum going headed into the playoffs,” said head coach Steve Contreras. “You always want to go in on a positive note, and I think we did.”

Los Lunas will host the Region B quarterfinal state playoff game with Clovis at noon on Saturday.

Contreras said he knows little about the District 4-5A runner-up Wildcats, though the Tigers caught a glimpse of them earlier this season. “We saw them play a little bit at the Rio Rancho tournament,” Contreras said. “They put the ball in play, and they seem to have good team speed. In the next couple of days, we’ll gather up some data and put together a scouting report on them.”

Los Lunas will head into Saturday’s playoff on a roll. The Tigers’ sweep of Gadsden extended their winning streak to nine games. Los Lunas has won 14 of its last 15 games, averaging 10 runs per game over the stretch.

The Tigers were under quota in last Saturday’s opener, though their five runs stood up.

Leading 5-3, Los Lunas starter Xavier Alvarado got in a jam in the bottom of the seventh. Larry Sutherland came on with runners at the corners with nobody out. Sutherland permitted just one run to score to earn the save and give Alvarado his second win of the year.

Los Lunas rested its two top pitchers, Josh Hernandez and Carlos Castillo, for the playoffs. Alvarado and Brian Holmes got the starts instead.

“We wanted to give those guys a little experience starting a district game. And they both pitched extremely well,” Contreras said. “Xavier was cruising – I think he threw under 80 pitches through six innings. He was getting us a lot of ground balls, and that’s a credit to him.

“And Brian did a good job for us in the second game. He pitched the entire game.”

Los Lunas pounded out 15 hits in the game. 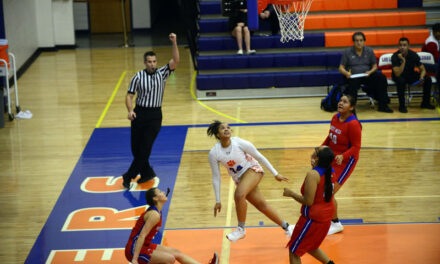 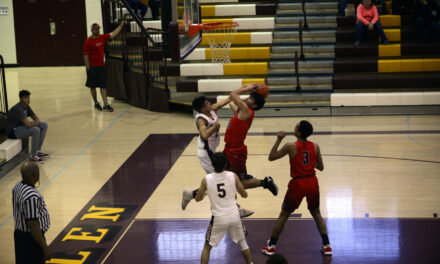