Ianthe A. Easton, nee Weekes, age 82, originally from Barbados, West Indies, was promoted to Heavenly Glory on Dec. 24, 2018, from her home in Rio Communities, surrounded by her family.

Ianthe was born on Nov. 21, 1936, near Belair, St. Philip, Barbados, West Indies, to the late Rev. Rupert and Antionette Best-Weekes.

Preceding her in death were her brother, Alton Weekes and Coralee L. Watkins.

Ianthe immigrated to the U.S. in her late teens, and worked at Elmhurst General Hospital for many years as a nursing assistant. She found and married Keith Gordon Easton, who was from British Guiana, in 1968. From that union, they had two children, Zanette Dorothea and David Gordon.

In 1978, the family moved to the Rio Communities area, where she resided until her promotion to life. After moving, Ianthe continue working as a nursing assistant at the Los Lunas Hospital and Training School. When she left, she continued that work through medical staffing agencies.

Ianthe also opened her home to parents who were looking for a trusted, reliable person to baby sit several younger children, many of whom are grown with their own families.

Over the many years living in Rio Communities, Ianthe was involved in many Bible classes both in and out of her church body. She also assisted individuals who were clients of Habitat for Humanity. Ianthe witnessed to and encouraged many families to send their children to Sunday school and would pick them up and return them home on Sundays.

Ianthe accepted our Lord Jesus Christ in her heart as a teenager in Barbados, and she displayed this new life to all she met. She was kind, compassionate, complimentary, thankful, helpful, loving and generous to everyone she met and none were strangers.

Her sweet spirit infected her family, friends and acquaintances. Fourteen years of the terrible illness did not change the sweetness of her personality even after it took her memory and speech away.

We cannot forget the brothers and sisters of her faith in the Lord Jesus Christ at Chihuahua Bible Chapel.

You may remember the television show “Touched by an Angel,” in her illness many angels touched her life and that of her husband, Keith. Sent from God are Genevieve Gabaldon, Julie Mora, Anna Rosales, the employees of Comfort Keepers and Ambercare Nurse Hannah Escobar and aide, Sally, besides the loving brothers and sisters of Chihuahua Bible Chapel and those of like faith around the country. A million and one thanks to all of you who helped sustain this family.

For many people and especially her family, Ianthe was and is an angel sent from God.

Services will be held at Chihuahua Bible Chapel in Veguita on Thursday, Jan. 3. A viewing will begin at 10 a.m., with a funeral service to be celebrated at 11 a.m.

Robert Larry Gibson, 70, died peacefully after a long illness on Dec. 17, 2018, at his residence in Scottsdale, Ariz.

He moved there in late December 2014 to be close to his son and family. Larry was born in Belen on April 15, 1948, and was the fifth child of Halley and Essie.

After graduation from Belen High School in 1966, Larry enjoyed a successful career with the Santa Fe Railroad. He retired in 1986, as the assistant train master in Kansas City, Kan. He will be greatly missed by all those who were blessed to have known him.

Larry was preceded in death by his parents; his sister, Betty; and brother, Joe.

He is survived by his daughter, Monica (Matt) Ward, of Lee’s Summit, Mo.; his son, Jeff (Stacy) Gibson, of Scottsdale, Ariz; and three grandchildren, Taylor Gibson, Jake Gibson and Miles Ward; sister, Gloria (JR) Boliver, of Huffman, Texas; and brother, Scott (Ruth) Gibson, of Clovis; as well as many nieces, nephews and friends.

Fond memories and condolences for the family may be left at noblinfuneralservice.com

Visitation will be 2 p.m., Friday, Jan. 4, at Riverside Funeral Home in Los Lunas. Funeral services will follow at 3 p.m.

Sharon L. Kreie was born in Rice Lake, Wisc., to Beulah and Stephen Jordan on Sept. 6, 1935. She went to school at Holbrook, Ariz.

The family of Sharon Kreie wishes to extend our sincere thanks to the hospice at Presbyterian Kassman and their outstanding care and compassion.

We feel blessed to have had so many good years with her. She has left this world to be with her Lord and Savior, Jesus Christ. May God bless Ruth for a lifetime of love she shared with all of us. We love her. We miss her. We will miss her forever.

Ruth spent most of her life in Belen.

She graduated from Belen High School before attending the University of New Mexico. She then moved to Great Falls, Mont., in 1951 to be with and work for her brother, Dr. Robert Lindberg, DDS.

Some of her many accomplishments include being a member of the Order of Eastern Star for more than 75 years, along with various other organizations, such as YWCA, Firehouse Players in Belen. Ruth was also awarded the Valencia County News Bulletin’s “Unsung Hero” in 2002.

She was preceded in death by her brother, Dr. Robert Lindberg; and one grandchild.

In lieu of flowers, donations to the American Cancer Society has been requested.

Adam was godfather to all his precious grandchildren, who were his greatest joy and were the love of his life. He is also survived by brother-in-law, Patricio Baca; sisters-in-law, Cristella Salas and Loretta Salas; brother-in-law, Juan D. (Carmen) Romero, Leroy F. Romero, Carol Romero and Gilbert Torres; and many loving nieces and nephews.

Adam is a 1965 graduate of Belen High School. He retired from the N.M. Highway Department as a supervisor after 30 years of service.

Adam and Ruby enjoyed having coffee with their friends. He liked working with his John Deere tractor and farming on his farm in Bosque. “A true cowboy at heart.”

Adam loved his family unconditionally and always enjoyed being with them.

The family of Adam G. Salas would like to thank the N.M. Heart Hospital, doctors, nurses and Chaplain Christopher for the care and compassion they gave to our beloved Adam. 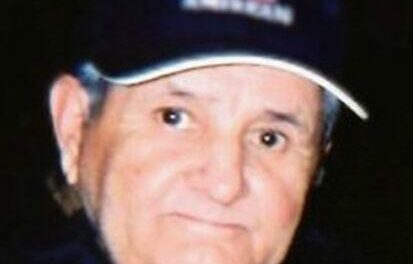